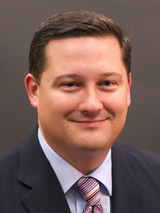 In addition to his Mackinac Center responsibilities, Reitz serves as a board member of the Michigan Coalition for Open Government (chair) and Detroit Prosperity Center. He is an honorary senior fellow with the Institute for the American Worker and a member of the Atlas Network’s Council of Mentors.

Gaining Victory Through Having a Clear Field of Vision

What Does a Think Tank Do? A Chat

The Education Revolution is Coming

How to Improve Trust in Government

Public Employees Should be Allowed to Exercise Their Rights

Races are Won at the Finish Line

The Next Governor’s Vision

Creating the Future for 30 Years

Republicans, Pursue Your Agenda with Gusto

Ideas Liberals and Conservatives Can Agree On

Time for Labor Unions to Collect their Own Dues

Postelection: Moving Forward With What Brought Us Here

Public Records and the Office of the Governor

The Idea of Liberty