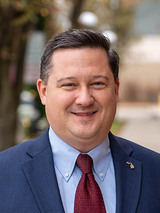 In addition to his Mackinac Center responsibilities, Reitz serves as a board member of the Michigan Coalition for Open Government (chair) and Detroit Prosperity Center. He is an honorary senior fellow with the Institute for the American Worker and a member of the Atlas Network’s Council of Mentors.

Gaining Victory Through Having a Clear Field of Vision

What Does a Think Tank Do? A Chat

The Education Revolution is Coming