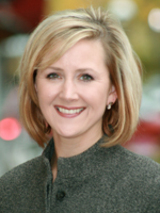 Freedom to Work: A New Right-To-Work Effort in Michigan

Why We Should Be Cat People

Cap the Film Incentives and Kill the Film Industry in Michigan? Not Yet

Is the DEQ Harassing Hart Enterprises?

Time to Hang(ar) It Up

Michigan Court of Appeals Judges – Not on the Same Page?

Michigan Court of Appeals Judges – Not on the Same Page?