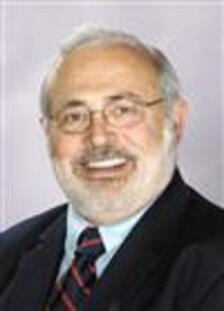 The fate of the Michigan Quality Community Care Council, an entity ostensibly tasked with keeping a list of the state’s private home health providers, may have seemed sealed in May when state lawmakers axed its funding from the 2012 budget. Yet even without state funding, this unusual government entity continues to exist past its Sept. 30 expiration date — and collect dues for a government-sector union.

“The union dues are still being withheld and are being sent to the MQC3,” according to Angela Minicuci, public information officer for the Michigan Department of Community Health, in an email sent to the Mackinac Center. “The MQC3 still exists and they are working to get funding for the home help registry.”

Minicuci did not elaborate on how a defunded agency continues to operate.

“For the state to operate a dubiously formed government entity that has been defunded by the Legislature seems unprecedented,” said Patrick Wright, director of the Mackinac Center Legal Foundation. “But such shenanigans aren’t entirely surprising given the origination of this agency and the machinations to preserve it for the sake of skimming ‘union dues’ from independent contractors.”

Wright was referring to documents obtained through a Freedom of Information Act request filed by the Mackinac Center that point to behind-the-scenes legislative efforts to keep the council operating by other means. Among the documents, emails indicate that Sen. Roger Kahn, R-Saginaw Twp., was particularly focused on maintaining MQCCC.

The MQCCC was created in 2005 through an interlocal agreement between the Michigan Department of Community Health and the Tri-County Aging Consortium. The council kept a registry of home care providers, but its main function was to be the so-called government “employer” for some 45,000 private home care aides. Through this arrangement, these independent contractors were compelled to become dues-paying members of SEIU Healthcare Michigan. The union has had a collective bargaining agreement with the MQCCC since 2006, collecting $6 million in annual dues from Medicaid subsidies paid to the home care providers. The council effectively runs the program for SEIU and passes the union dues from the state to the union.

The Mackinac Center recently learned from the council’s executive director that even though the MQCCC would no longer be funded this year and would soon close its doors, MQCCC officials believed the collective bargaining agreement would remain “in force between us and the union.” A copy of the agreement shows a Nov. 15, 2012, expiration date.

That prompted a Mackinac Center inquiry into what was happening behind the scenes that would keep a defunded government entity operating.

Among documents obtained from the Michigan Department of Community Health were more than three dozen emails from between April 5 and Sept. 13 discussing ways to keep the agency afloat. The biggest champion of creative financing for the council appeared to be Sen. Kahn. According to the documents attained by the Mackinac Center, Sen. Kahn began by proposing an above-the-board supplemental appropriation for the MQCCC. When this was rejected by the House, he suggested hiding the funding by avoiding an explicit designation identifying what it was for or putting the amount into another budget entirely. When those attempts failed, Sen. Kahn proposed taking five cents per hour from each health care provider to allow the continued existence of the faux employer, which would allow the union to keep collecting millions of dollars in annual dues.

The first indication of Sen. Kahn’s efforts came in a May 19 email from MDCH Deputy Director Nick Lyon to Nancy Vreibel, a staff member in Sen. Kahn’s office, discussing budget cuts to MDCH. Lyon wrote: “I also couldn’t work money back in for MQCCC; (Kahn) had asked about that.”

In July, an email from MDCH Director Olga Dazzo to several members of her staff and members of the Snyder administration revealed that Sen. Kahn and Senate Majority Leader Randy Richardville, R-Monroe, hoped to re-establish a cash flow to the MQCCC.

“Senators Richardville and Kahn believe there is merit in funding MQC3,” Dazzo wrote. “Senator Kahn was hoping to restore these dollars in the budget but apparently did not have support from the House or Senate MDCH budget chairs.”

In the same email, Dazzo asked some pointed questions about the SEIU (Note: parenthetical statements appear in the original.):

Dazzo also noted that legislation aimed at ending agreements like the one that roped home-based day care providers into a union might affect the MQC3: “There is legislation moving through the process (HB 4003 from Representative Opsommer) that, if passed, may negatively impact the ability to have a program such as this.”

In July, an unidentified party apparently raised the question of having the union fund the MQCCC. In response, Lyon correctly replied in an email, “It would be a conflict of interest to have the union pay.”

Later in the summer, a formal proposal to fund the MQCCC circulated among the participants stating that “Senators Kahn and Richardville have indicated interest in reinstating the program in FY[1] 2012 and have requested Community Health to identify funding to redirect the program.”

The proposed funding options were either through a supplemental appropriations, “to move $1 million Gross ($500,000 GF/GP[2], $500,000 federal) from the Adult Home Help Workers appropriations to a new line item titled Michigan Quality Community Care Council” or “If the desire is to advance a transfer rather than a supplemental, funds can be transferred from the Long-term care line to the Adult Home Help line.”

On Aug. 16, Sen. Kahn hosted a meeting with representatives from the SEIU, MDCH and MQCCC. Handwritten records of the meeting indicate he started the meeting by laying out the union’s perspective: “SEIU is concerned re: moving forward w/ funding QC3. Gent. Agreement to find $.”

According to the minutes, Sen. Kahn later indicated he ran into problems with earlier funding proposals: “Polit. Problem w/ House; if suppl. Approp wants to get it done. Reluctant to do w/ supplemental.

2. maybe it goes through diff budget and who can we do it with?”

The implication seems to be that Sen. Kahn was encountering resistance in the House to a supplemental appropriation to fund the Council. Two apparent suggestions for circumventing that obstacle were to fund the council without a clear designation or place it in an entirely different budget.

Lyon attended the meeting as well. According to the official notes, Lyon said the Senate “gave more support than the House,” making reference to Sens. Kahn and Richardville and Sen. John Moolenaar, R-Midland. Regarding House support, Lyon referred to Rep. John Walsh, R-Livonia, who “stayed caught in politics & Mackinaw Ctr…,” according to the notes. Lyon is also recorded as indicating that Rep. Matt Lori, R-Constantine, “wanted to help but got push back from Bolger,” a reference to House Speaker Jase Bolger, Marshall.

In an e-mail two days after this meeting, Dazzo signed off on restoring MQCCC funding “if the Senate and SBO (State Budget Office) can figure out a way to make it ok with the House.”

An Aug. 30 email circulated among members of the Department of Technology, Management and Budget said that Sen. Kahn “proposed that MQCCC would be willing to contribute 5 cents of their 50 cent per hour wage increase appropriated in FY10, a five cent decrease would be approximately $643,000 general fund.”

Two days later, an email from Lyon to workers in the MDCH Medical Services Administration confirmed that “Sen Kahn has cut a deal with SBO to reduce worker rates 5 cents an hour to fund the MQCCC, but has to get sign-off from the House, which won’t be easy, so their exact status for FY 12 is not yet certain. SBO told me this yesterday (Tuesday). The reduction proposal should not be shared publicly yet.”

By Sept. 13, however, Sen. Kahn was apparently unable to make it work. Lyon followed up with another message to the same group saying, “Sen. Kahn has not been able to work out a deal with the House, so we have to move forward as directed in the FY 12 appropriation bill, which means terminating our contract to MQCCC.”

Sen. Kahn said the idea to take five cents an hour from home care providers to keep the MQCCC funded may have stemmed from the SEIU. “There were multiple meetings held (about the MQCCC),” he told the Mackinac Center, “The (five cents idea) could have ‘bubbled up’ from (the SEIU’s) lobbying group.”

But Sen. Kahn claims his interest in keeping the MQCCC funded had nothing to do with pressure from the union. “I wanted, and still do want to see the interlocal agreement maintained and the MQCCC funded,” he stated. He said the MQCCC provides education to people caring for seniors and others who are in need of home care, and improves the quality of care.

Ari Adler, spokesperson for Rep. Bolger, said MQCCC could be defunded without sacrificing any of its services. “We moved ahead with the reforms already in place,” Adler said. He added that most of the duties provided by the MQCCC were picked up by the Department of Community Health. “It's not like we were eliminating something that couldn't be replaced. The bulk of it was able to be done by DCH."

In the meantime, Sen. Kahn told the Mackinac Center the original push to defund the MQCCC was a mistake. “The MQCCC got lumped in with problems that occurred in DHS (Department of Human Services) and the UAW (United Auto Workers).” He was referencing the day care union scheme brought to light by a Mackinac Center Legal Foundation lawsuit, and ended by DHS in March.

MCLF Director Patrick Wright said the home health care union and the day care union are the same exact underhanded scheme. “A fake employer is created in order to allow a government employee union to come in and unionize people who are really private-sector workers.”

Wright said defunding the MQCCC was the right approach. “The Legislature acted properly in defunding MQCCC because any role it has aside from serving as a union cash cow could be done within DCH.” But Wright added the MQCCC should have been disbanded months earlier, at the same time the fake day care employer was put to pasture by the DHS. “The failure to disband MQCCC in March has already led to the siphoning of $3 million from the Home Health program. There is legislation that passed the House, HB 4003, which would end this union scheme and prevent it from occurring in future administrations.”

Wright also said this entire ordeal clearly demonstrates the lengths to which public-employee unions will go in the interest of self-preservation. “The amazing resilience of MQC3 indicates that legislation is going to be required to ultimately end the government employee unions’ practice of diverting money from the state’s most needy citizens to fill their own coffers.”