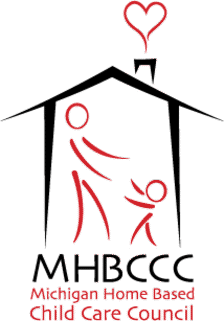 There are two vastly divergent paths he could take; each could follow those taken by two of his Democrat counterparts.

One is California Gov. Jerry Brown. The other is former Michigan Gov. Jennifer Granholm.

Gov. Brown last month lodged an eyebrow-raising veto that would have allowed the public unionization of some 40,000 child care providers throughout the Sunshine state. Rather than making the private vs. public sector employee argument, Brown simply cited the state’s “huge budget challenges” as the reason for his veto. What makes this move eyebrow-raising, however, is the fact that the bill Gov. Brown vetoed was sponsored in part by the Service Employees International Union.

The SEIU sponsored the legislation along with the American Federation of State, County and Municipal Employees. The unions’ latest effort followed four previous attempts, all of which were vetoed by former Republican Gov. Arnold Schwarzenegger.

Given that, it’s not a surprise that the union was “profoundly devastated” by Gov. Brown's veto.

In Michigan, the unions looking to organize private child care providers got a more favorable reception, but had a trickier path to navigate.

The state Constitution (Art. 4, Sec. 48) prohibits the governor from issuing an executive order to change private-sector workers into government employees, reserving the authority to designate government employees to the Legislature. Knowing that such a move was unlikely to clear the Republican-led Senate, the Granholm administration in 2006 used a legal mechanism called an “interlocal agreement” between the Michigan Department of Human Services and Mott Community College to create a so-called “employer” for the child care union to organize against. Interlocal agreements, as laid out in the Urban Cooperation Act of 1967, require no legislative input or oversight.

In this case, the union known as “Child Care Providers Together Michigan” was formed in 2006 as the offspring of the United Auto Workers and AFSCME.

Documents released as part of a federal lawsuit filed by the National Right to Work Legal Defense Foundation and made public here for the first time suggest there was early and direct involvement by Gov. Granholm and her legal staff in the setup that allowed this stealth unionization to occur. For example, an email from an AFSCME operative to his UAW counterpart summarizes a 2005 meeting of union representatives, Gov. Granholm and several of her staffers:

“The Governor and (Legal Counsel Director Kelly) Keenan raised concerns that an executive directive would flag the issue in the legislature and discourage potential partners from joining the interlocal agreement.”

And in 2008, Gov. Granholm boasted of her administration’s role early in creating this “employer” during a speech at a national AFSCME convention (see video below):

“In Michigan because of the partnership between AFSCME and the governor's office, this means that 45,000 new AFSCME members, quality child care providers, will be on the ground providing care to children. That is great for our state."

The home-based day care provider union that resulted from this acknowledged “partnership” ended up taking nearly $4 million from subsidy payments to needy families before Gov. Rick Snyder ended the practice.

In the meantime, Minnesota Gov. Dayton is no doubt feeling pressure from both sides.

During his 2010 campaign, he was endorsed by the 30,000-strong SEIU Minnesota. The SEIU and AFSCME PACs also contributed heavily to his candidacy. One private child care owner testified last month before Minnesota legislators that she attended two public meetings during which union organizers stated that, “unionization of day care providers was ‘a done deal’ and that because that it was an ‘election agreement’ between Gov. Dayton and the unions.” (See hearing video. Testimony occurs at around 12:45)

A recent report by the Freedom Foundation of Minnesota includes comments Dayton made to local media:

“If there is going to be a decision made, we’ve talked about …having an election that would be conducted by, for example, the Bureau of Mediation Services so it would be done fairly and responsibly and allows all the people who would be affected by that decision to have a say in it. I’m not going to dictate the outcome of that.”

Some Republican state legislators question whether the governor would even be allowed to order such an election to take place without a legislative change:

“Our reading of current law makes clear that private, home-based child care providers are not public employers or employees and therefore do not fall under the jurisdiction of BMS or public employee labor relations law.”

Patrick Wright, director of the Mackinac Center Legal Foundation, agrees. “First, these aren’t public employees... period,” said Wright, who filed a lawsuit to put an end to the stealth unionization effort in Michigan. “But Dayton’s decision will disclose how beholden he is to his government union supporters. He could be like Gov. Brown and rightly stand up to an organization that’s heavily supported his candidacy or he could be like Gov. Granholm who illegally did the union’s bidding in order to shanghai 40,000 private individuals into a government-employee union.”

E-mails Reveal Child Care Union All About the Money