For CapCon, Emphasis is Impact 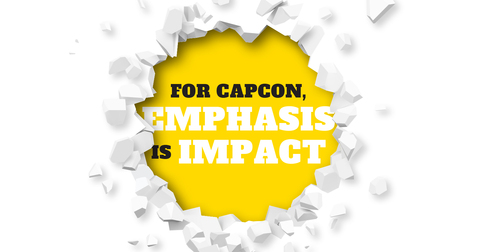 Michigan Capitol Confidential wasn’t the only news outlet in Michigan to report that the state gave a $100 million economic development grant to Ford Motor Co. in June, with the stated goal of creating 3,030 electric-vehicle jobs.

But we were the first to note that the deal would be unaffected by the news, in July, that Ford would be laying off 8,000 people — to fund its transition to EVs.

Only one in three Michigan lawmakers — the members of the House and Senate appropriations committees — had a vote in the expenditure, which took place through a legislative transfer rather than new legislation. Gov. Gretchen Whitmer didn’t even have to sign it.

In back-to-back weeks, the committees voted yes, and that was that.

When Ford and Michigan economic development officials testified before the Senate committee, legislators didn’t even ask any questions.

This is business as usual in Lansing, and most of the media treated it as such.

Except us. In the pages of CapCon, these are questionable behaviors. Our impact is found in putting the proper emphasis on news events. What’s treated as normal often fails to serve the Michigan taxpayer.

Why do companies the size of Ford and General Motors consistently hold their hands out for government money? What would happen tomorrow if the state stopped giving out corporate welfare?

No one in official Michigan can bring themselves to give the answer: a century-long auto heritage would dry up in a matter of years.

“These jobs and investments wouldn’t be possible without the support of the state,” Bruno said. “Public-private partnerships like the one that we’re discussing here today are important to keep Michigan at the forefront of automotive manufacturing.”

Which is to say: It’s not history, heritage or expertise that keeps auto jobs in Michigan. It’s taxpayer money.

A week earlier, Rep. Jeff Yaroch, R-Richmond, had asked, “Is this what we’re left with, that we have to pay companies to stay in Michigan?”

Yaroch argued, as we would at CapCon, that there are other ways to attract and expand business investment.

If overactive regulators and too-heavy taxes are the problems that drive Michigan’s biggest companies to seek relief, they’re problems that small businesses face daily, without relief.

Michigan’s roads and public schools are holding the state back, too.

Companies don’t just plop a factory into a cornfield. They need to attract or relocate workers, and those workers have families. What’s the quality of life outside of the factory? Where will the kids attend school? What are the roads like on the way?

These things matter, too.

Michigan must focus on the health of its entire economy. Instead, it mostly ensures a few large companies remain well-fed.

When lawmakers try to cut business deals for the chosen few, they can expect scrutiny from Michigan Capitol Confidential.