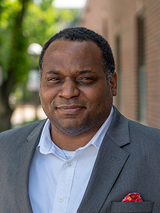 James David Dickson is the managing editor of Michigan Capitol Confidential, a daily news site of the Mackinac Center for Public Policy. Dickson grew up in Inkster and now hails from Ferndale. After starting his career in 2007-2008 with a one-year fellowship at The American Spectator, Dickson then had stops at The Detroit News and two newspapers in Ann Arbor. He returned to the Detroit News in 2012, and stayed for a decade.

While attending the University of Michigan, Dickson was editor-in-chief of The Michigan Review, a columnist for the Michigan Daily, and an Angell Scholar. He can be reached at dickson@mackinac.org.

No, toll roads are not the answer in Michigan

The feds can’t find the Supreme Court leaker. You think they can fix climate change?

What Whitmer said in Davos

How Michigan reps voted on defunding the IRS

Stabenow maskless as she speaks to masked Ann Arbor students