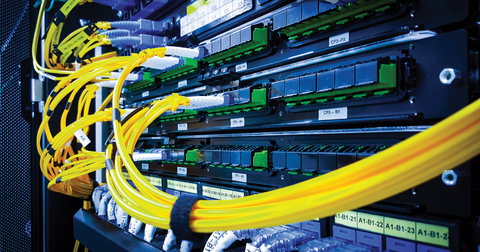 Federal spending is at an all-time high, the state of Michigan’s coffers are overflowing, and most local governments are flush with cash. With this much money available to them, even the most fiscally conservative elected officials will be tempted to spend unwisely.

One new popular way of spending taxpayer funds is to try to improve access to the internet. Working from home, virtual schooling and streaming media have all rapidly become more common in recent years. Most homes rely on high-speed internet.

For decades, the internet has been improving. Almost everyone has access to faster speeds at prices similar to what they paid a decade ago. In most areas of the country, Americans have faster speeds, lower costs and more reliable service than the rest of the world.

But some households and places have fallen behind. And the federal government is spending billions of dollars in an attempt to fix this.

Individuals, associations and companies are pressuring politicians to create government- owned networks, encouraged by an influx of federal broadband dollars and a strong state treasury. The businesses that stand to benefit from this spending get local governments to hire them to produce reports, run marketing campaigns and build new networks. They downplay the costs. They forecast rosy financial scenarios, which often convince elected officials to fund broadband projects — with taxpayer dollars, of course.

The Mackinac Center has covered technology issues for decades and serves as a counter to these interest groups. When we kept getting asked what municipalities can and should be doing, we compiled our ideas in a new report. It’s called “A Broadband Toolkit for Local Governments: How Michigan Cities Should Expand Access to High- Speed Internet.”

This report recommends that local officials understand what the needs of their communities are and then act accordingly to remove government barriers to private investment. They should foster competition among private providers and resist one- size-fits-all approaches that promise a technological solution. If, after that, they need to expand service to select areas, they should use vouchers or open-bid partnerships with private companies, rather than building and running their own networks.