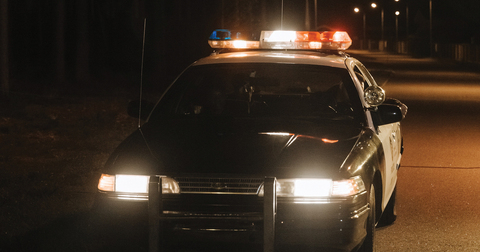 The Mackinac Center, Cato Institute and American Civil Liberties Union have teamed up to protect the Fourth Amendment rights of Michigan residents. When the city of Grand Rapids enacted an unconstitutional policy, all three organizations condemned it, and the Michigan Supreme Court agreed.

Grand Rapids directed its police department to stop people, question them, photograph them and take their fingerprints — even when officers had no warrant and no charges would be issued. People would find themselves in a fingerprint database, simply for not carrying an ID.

It’s good that police work to prevent crime, but not at the cost of violating innocent individuals’ privacy by putting them in a government database against their will. A person’s innocence isn’t something that needs to be proved. Instead, it is the government’s job to show that the person is guilty of a particular crime. Mere suspicion is not sufficient to overcome the public’s interest in privacy. In an amicus filing with the court, the Mackinac Center argued that by searching and fingerprinting citizens without evidence, Grand Rapids officials violated the Fourth Amendment’s protections from unreasonable searches and seizures.

The court agreed. Justices found that the act of fingerprinting constituted a “physical trespass onto a person’s body,” meaning it is a “search” for purposes of the Fourth Amendment. The unanimous opinion declared that “a brief, on-the- scene detention is not a violation of the Fourth Amendment” if the police have a reasonable suspicion justifying the stop. But, justices added, a blanket practice of photographing and fingerprinting residents violated constitutional protections.

A ruling to the contrary would have empowered police, with no evidence, to build a general database of innocent individuals, without ever needing a warrant. It would also have drastically expanded the permissible length and scope of police encounters, thereby depriving innocent citizens of their liberty. It would be, in short, a severe blow to personal freedom.

Government should not be empowered to intrude on a person’s life without a substantial justification. This case makes it clear that, in Michigan, the justification must go beyond a mere suspicion. Michigan police will, instead, need to show enough evidence to obtain a warrant before fingerprinting a suspect. This requirement protects the interests of the public, while still giving police the tools they need. The Mackinac Center applauds this decision, and we are glad to have been able to participate in the broad coalition of interests fighting for a strong Fourth Amendment