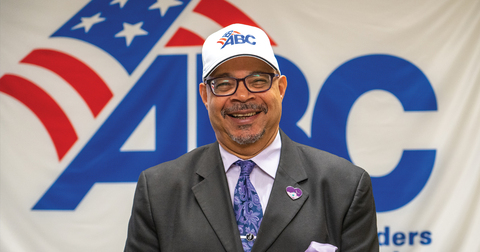 In 2018, Michigan’s Legislature ended prevailing wage, a program that increased the cost of taxpayer-funded projects and improperly favored unionized businesses. By adopting a citizen- backed initiative, legislators expressed their clear view that prevailing wage was not beneficial to the people of Michigan. Earlier this year, however, Gov. Gretchen Whitmer and her administration reinstated prevailing wage unilaterally. The Associated Builders and Contractors of Michiganhas now sued to challenge that reinstatement, with the Mackinac Center Legal Foundation serving as legal counsel.

On Oct. 7, 2021, Gov. Whitmer held a press conference to announce the return of prevailing wage. There was no executive order or directive; the governor merely announced a policy change. Her reasoning was straightforward: The

Legislature’s act to repeal prevailing wage was not the same as banning it. The governor coupled this with a claim that the Department of Technology, Management and Budget has the power to set the terms of contracts with the state. These two points mean, in the governor’s view, that prevailing wage could return, absent a clear legislative ban.

Subsequent FOIA requests did not reveal any official order or action that led the budget department to revive prevailing wage. Those requests revealed something else, though, in heavily redacted form. The governor’s office, budget officials, and the attorney general’s office had been discussing the return of prevailing wage behind the scenes, apparently without communicating with the Legislature or other key stakeholders. By March 1, 2022, the budget department had resurrected prevailing wage for state projects over $50,000. To date, neither

ABC Michigan nor the Mackinac Center have been able to find any official act that requires this policy change.

projects are paid fair wages. But these arguments overlook an important point: Prevailing wage prevents roughly 80% of Michigan’s contractors from being able to compete for taxpayer-funded projects. By creating an artificial price floor, prevailing wage causes the state to spend more than the market requires. Homeowners looking to replace their roof wouldn’t pick the highest bidder without a compelling reason. Neither should the state.

Prevailing wage is anti-competition. When you have a non-competitive environment, especially in regards to construction, the people who bear the brunt of that are taxpayers. Prevailing wage isn’t just a contractor issue. It has always been a taxpayer issue that affects every citizen in every community in the state of Michigan and throughout the country. That people who pay taxes into a community are unable to earn money in that same community should be offensive to us all.

Leaving aside the pitfalls of prevailing wage, the process used to reinstate it is another problem. Throughout the COVID-19 pandemic, much of Michigan’s policy was set by Gov. Whitmer’s executive orders, until the state Supreme Court determined she had acted unconstitutionally. Despite losing in court and being forced to pay $200,000 of the Mackinac Center’s attorney’s fees, the Whitmer administration has once again made a major change in public policy without the Legislature’s involvement, let alone authorization. The question of whether Michigan should have a prevailing wage program affects tens of thousands of Michigan workers, as well as taxpayers at large. It should be decided by the people’s elected representatives working together, not by a bureaucratic agency or a single official.

Sadly, that is not what occurred here. There appears to be no official action requiring this change, which favors unions over open and fair competition. Instead, it was instituted by what appears to be little more than a press conference and news release. This is neither transparent nor proper under a constitution that protects the separation of powers and promotes checks and balances within state government.

Neither ABC Michigan, nor the Mackinac Center, will allow the Whitmer administration to ignore the constitution or unilaterally increase taxpayer spending unchallenged. Together, we hope to restore the constitutional framework that ensures laws are made by the Legislature and enforced by the executive. This framework is, and continues to be, necessary to the concept of ordered liberty, and it is essential to protecting Michiganders’ rights.