A Visit to the Michigan Heroes Museum Will Not Disappoint 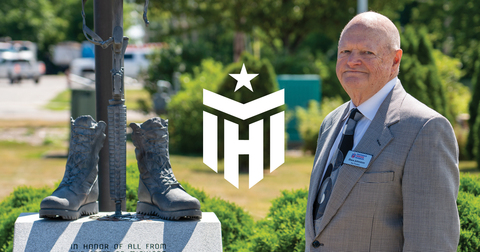 When you visit the Michigan Heroes Museum, you might be greeted by past President Dave Johnston, who has a special passion for the stories of those it exists to honor. A one-of-a-kind institution, the museum commemorates the military service of Michigan residents who served in wartime. It also honors the 16 astronauts who hailed from Michigan.

Dave is inspired by the lives of the brave men and women from Michigan who fought and, in many cases, died in the line of duty. An admirer of both President Dwight Eisenhower and President Ronald Reagan, he firmly believes that while we sometimes need to compromise in life, we should never compromise in our principles.

Those principles were one thing that drew him to become a supporter of the Mackinac Center for Public Policy. Yet it was another individual with a passion for honoring veterans who truly inspired him to support the Mackinac Center: Frank Beckmann.

Like Dave, Frank was a staunch supporter of the Michigan Heroes Museum. He was also a board member. From time to time, Frank would broadcast his show from the museum, and he always made certain to have lunch at the Bavarian Inn in Frankenmuth, where the buttered noodles were a favorite.

Next time you find yourself in Frankenmuth, be sure to pay a visit to the Michigan Heroes Museum. You can ask for a guided tour or simply explore at your own pace. Don’t forget to ask for Dave Johnston, and plan to listen in awe while he recounts the true, courageous acts of valor of Michigan’s heroes.