The Art of Public Records Requests

They Pave the Way to Transparency 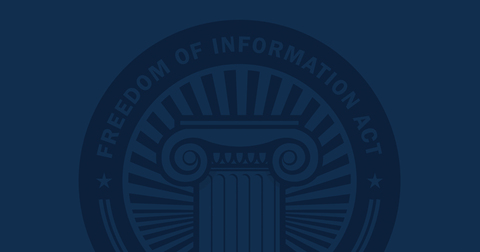 Michigan’s Department of Education charges the highest prices to make records public, and the State Police take the longest to respond to records requests, according to a Mackinac Center survey of state agencies’ commitment to transparency.

The Mackinac Center embarked on a new project in June to measure how Michigan’s executive agencies handle Freedom of Information Act requests. FOIA, as it is often called, is designed to provide “full and complete information regarding the affairs of government and the official acts of those who represent them.” It does so by giving citizens the right to view and obtain public records.

Are state agencies fulfilling FOIA’s goal? We asked all 18 state executive agencies for a log of the FOIAs they received over the past year. The results were eye-opening.

On average, state agencies took more than seven calendar days to respond to a request. This means that, on average, they used up at least the full five business days the law permits them to provide a response.

Agencies required payments for 19% of the requests. Those who paid spent an average of $193.63. Demands for money caused 45% of requesting parties to abandon their requests. Requests that didn’t require a deposit took an average of 7.6 days to fulfill; those that did were processed in 65 days.

Some offices were outstanding. The Department of Labor and Economic Opportunity was stellar, with both the lowest average cost ($0.00) and the fastest initial response (mere hours). By contrast, the Department of Education had the highest average cost last year, at $10,615.95 paid per request. The Michigan State Police was the slowest department, taking an average of 17 calendar days to respond. The Department of Environment, Great Lakes, and Energy took in more FOIA payments than any other office in Michigan, at $1,813,428.53.

Some responses we received were problematic. The Michigan Department of Civil Rights refused to provide records electronically — though it sent out a cost estimate through email. The department took four weeks to provide paper copies. The records it sent appear to be nothing more than printed copies of a spreadsheet, which, presumably, is stored electronically.

We anticipate publishing our findings in coming months. But our preliminary review shows that Michigan’s agencies vary significantly in how quickly they respond and how much they charge to fulfill FOIA requests. Change is needed, and we at the Mackinac Center will continue to promote sound transparency policy through lawsuits, model legislation, and studies to ensure that Michigan government remains accountable. 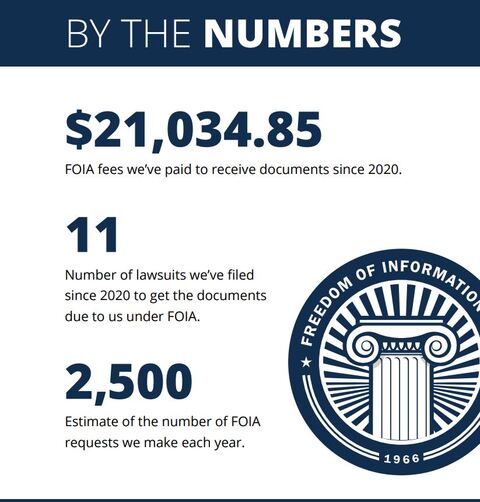