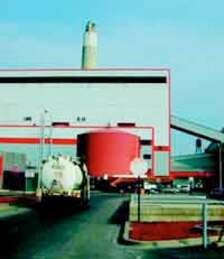 There are many different types of privatization. One of the most common is "contracting out," or "outsourcing," a process whereby a unit of government contracts with a private firm to provide some service. Another common form of privatization is when a government gets out of providing a service entirely.

Refuse collection provides good examples of both of these types of privatization. In Traverse City, for example, citizens privately contract with any one of four private, for-profit companies for their garbage collection. In fact, municipalities throughout Michigan and more than 50 percent of U.S. cities contract out some or all of their refuse services.

There is no reason why Detroit couldn't do the same. To save money and improve service, Detroit should either outsource its garbage collection services, shed the responsibility entirely, or piece together some hybrid of these two forms of privatization.

There is a large and growing body of empirical research showing the substantial savings cities can achieve by either outsourcing garbage collection or getting out of the business altogether. The largest study ever conducted on outsourced garbage collection, conducted by the federal government in the 1970s, reported 29 to 37 percent savings in cities with populations over 50,000. A 1994 study by the Reason Foundation discovered that the city of Los Angeles was paying about 30 percent more for garbage collection than its surrounding suburbs, in which private waste haulers were employed. A 1982 study of city garbage collection in Canada discovered an astonishing 50 percent average savings as a result of privatization.

To put things in perspective, shaving 30 percent from Detroit's total refuse collection bill would save the city more than $6.4 million out of an annual budget that currently stands at $21.3 million.

Even the threat of outsourcing garbage collection can force city services to do better. A great example of this took place in Flint, where bulk pick-up — garbage consisting of large and odd-sized items such as mattresses and refrigerators — used to cost the city an additional $400,000 annually.

Why? Because city public works employees would pick up only small and regular sized trash during normal working hours and return on overtime to collect bulk items. In 1994, to end this practice and to save money for the city, Mayor Woodrow Stanley solicited bids to collect and dispose of refuse from five private companies. The bids Stanley received confirmed his suspicion: Privatization could cut the city's total garbage collection cost by about $2 million.

Flint's city employee unions knew the mayor was serious and worked with him to develop a plan that would shave about $1.4 million from the budget. In addition to agreeing to collect bulk items during regular working hours, city employees agreed to increase the number of stops on each route, reduce the number of shifts from two to one, cut the sanitation staff, and require workers to work a full eight-hour day instead of going home early as they often had done in the past. The result: better service for less money. Total spending on waste collection dropped 31 percent the first year after the concessions took place.

Another example of the power of privatizing garbage collection took place in Indianapolis in 1993. The city divided itself into 11 waste collection districts and contracted with several private firms for collection. But it also allowed the city's already-in-place waste hauling service to bid for contracts against the private firms. In fulfilling its contract, the city agency outperformed its own bid, saving $2.1 million more than it had originally believed would be needed to do the job. As a reward, each employee got a cash bonus of more than $1,700. Citywide, Indianapolis residents had to pay less than $9.00 per month per household for the service.

If this type of competition can work in Indianapolis and elsewhere, it can work in Detroit.

According to the International City/County Management Association, which surveys local governments about how they conduct a variety of services every year, in 1997 U.S. municipalities contracted with private firms to dispose of solid-waste 67 percent more often than they did a decade earlier.

The fact that Detroit was not one of those municipalities may account for the fact, reported by an Illinois public-sector consulting firm hired by the city in 1998, that Detroit taxpayers were forking over more than $150 per ton in garbage disposal costs alone. That's compared to an urban average of $33-$36 per ton. The report went on to state that Detroit's waste disposal ought to cost no more than around $17 million, yet in actuality cost $72 million in 1998, a $55 million overcharge imposed on Detroit taxpayers.

Contrast this with San Diego County, which sold all of its solid waste assets to Allied Waste Industries for $184 million in 1994. The sale included four landfills, a recycling facility, and 10 rural bin stations. Most of this money was used to pay off high-interest debt, which now saves the county between $280,000 and $700,000 annually. While Detroit owns none of its own landfills, it does own valuable assets that could be sold to private vendors, such as the garbage trucks used for collecting the refuse.

Cities from around the state of Michigan — and around the country — are saving taxpayers millions of dollars by turning to the private sector to provide municipal services. Detroit officials must be willing to make the tough political decisions necessary to improve city services and to relieve citizens and businesses of unnecessary expenses and poor service. Privatizing refuse collection and disposal would be a great place to start.

Steven T. Khalil is a Detroit businessman, freelance writer, and adjunct scholar with the Mackinac Center for Public Policy.

The city of Detroit houses its refuse collection and disposal within the confines of its Department of Public Works (DPW). The "net tax cost" to the city for operating this entire department is $136.5 million. There is no reason why other services provided by DPW could not also be provided by a for-profit firm.

DPW functions are contracted out in their entirety with great frequency. The suburb of Pleasant Ridge, in Oakland County, improved its services while saving 22 percent in each of its first two years by contracting out with for-profit City Municipal Services. Shaving just 20 percent from Detroit's DPW bill would yield an annual savings of $27.3 million.

One function of note in this fiscal year's budget is a $1.3 million appropriation for "rodent control." According to the International City/County Management Association, municipal contracting for rodent control increased 90 percent from 1989 to 1999, by far the largest area of growth in municipal outsourcing during this 10-year period.