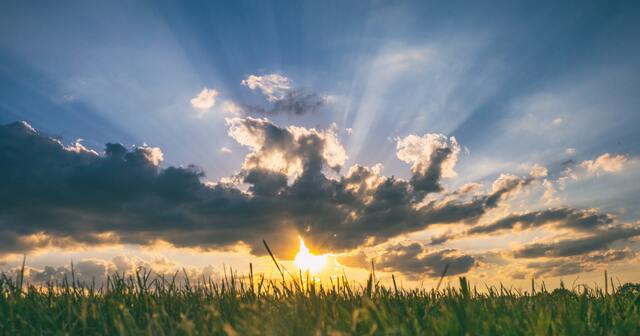 Taxpayers deserve to know how their money is being spent, and politicians must, in turn, demand accountability from the organizations they fund with those dollars. One organization that receives taxpayer money, the Michigan Economic Development Corporation, is noteworthy for refusing to come clean with the people. Just as bad, its habit of obfuscation and stonewalling lets politicians escape scrutiny when they make claims about the programs they fund. This Sunshine Week, it’s time to examine the state’s jobs agencies, and lawmakers should recognize that they are too secretive. Their work should be opened up to greater scrutiny.

Gov. Gretchen Whitmer’s proposed budget for corporate handouts next year includes boilerplate language that makes the MEDC less transparent. For instance, it deletes a requirement that the MEDC report amendments to the deals it has struck with corporate interests under the Michigan Business Development Program. This change makes it hard for legislators to know when those deals fail to turn out as promised.

It’s not hard to see why some in state government would want to keep that information a secret. Many amendments lower the performance standard, such as the number of jobs created, a company must meet to uphold the deal. The need for amendments underscores state officials’ inability to accurately pick winners from losers in the marketplace. In the Mackinac Center’s 2016 study of the MBDP, we found 38 amendments to various corporate subsidy deals; 28 of them appeared to loosen the original requirements.

More recently, the Mackinac Center reported that Gov. Whitmer made erroneous claims linking a corporate handout program to Pfizer’s production of a COVID-19 vaccine. According to Gov. Whitmer, a state grant under the Good Jobs for Michigan program resulted in Pfizer’s vaccine production and 450 new jobs. The Mackinac Center demonstrated otherwise. Through September 2020, no new jobs had been associated with that grant.

Michigan Capitol Confidential news reporter Dawson Bell reached out to the governor’s office and an MEDC spokesman about the inconsistency between the history of Pfizer’s grant-related project and the governor’s claims. The governor’s office offered no response at all. The silence spoke volumes. The MEDC’s spokesman, Otie McKinley, offered a lot of words but none explained how the program helped produce the vaccine, as the governor claimed. Read them here. One translation of MEDC speak? “Move along folks, there’s nothing to see here.”

Unfortunately, opacity is far from new to the MEDC. Just last year, its chief operating officer misdirected legislators over alleged job creation in the same subsidy program. As with Gov. Whitmer, she claimed job creation tied to the Good Jobs program for which there was little solid evidence. In remarks she made to a tax committee she said, “To date the Good Jobs for Michigan program has helped to create nearly 8,300 high wage jobs. ”

It hadn’t. That number was simply a tally of jobs-claim promises. Days after her testimony, an official report to legislators revealed that the corporations approved for Good Jobs deals had claimed credit for … zero jobs through September 2019. Unfortunately, the governor and top officials with the MEDC can offer up erroneous statements about the agency and its programs because the state’s chief job apparatus will not be completely transparent.

The Mackinac Center is not the only critics of the MEDC or its claims. The Michigan Office of the Auditor General, a state agency with a reputation for probity and seriousness, has repeatedly criticized the state’s jobs agencies for overstating job claims or not verifying those made by firms over the years. Its 2017 report noted to the legislature that “clarification [was] needed for statutes that limit public transparency of MEGA tax credit information.”

The MEGA, Michigan Economic Growth Authority, was the state’s highest profile business subsidy program. The MEDC and its leadership also exaggerated that program’s claims of effectiveness, too. I once had to go on a months-long odyssey to obtain proper data and answers from the MEDC. When I finally did, thanks to the help of a legislator, claims made by its CEO fell apart. I once catalogued anti-transparency stories involving the MEDC and MEGA, which can be read here and here.

The MEDC hides behind a wall of secrecy and silence. Too many politicians just aren’t helping matters but they could shining more light on the activities of state jobs agencies. The people of Michigan should be told the truth.