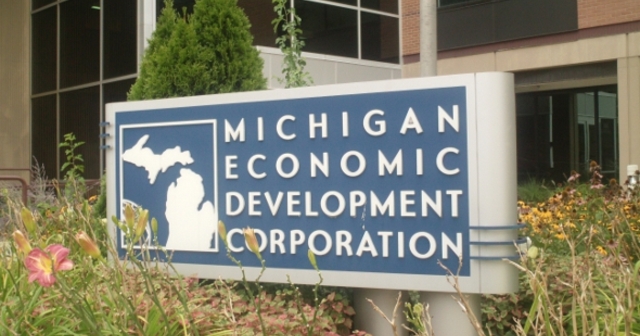 The MBDP is a failure and should be shut down

The Office of the Auditor General today released its audit on the state’s Michigan Business Development Program, a corporate subsidy initiative of the Snyder administration. The audit found that the program gave out money for what might be phantom jobs and overstated its economic impacts. The MBDP should be closed completely, and its resources redirected to some higher priority, such as road infrastructure.

According to the Office of the Auditor General report the “[Michigan Strategic Fund] had not obtained or maintained sufficient documentation to support that 11 (6 percent) of the 170 employees selected by MSF in its verification process … met all [Qualified New Job] requirements[.]” In other words, the state authorizes giving taxpayer money to companies only when these companies create jobs and meet other criteria. Auditors said that there wasn’t enough information to verify that the jobs claimed to have been created met that criteria in 6 percent of the cases they looked at.

It also criticized state administrators for overstating the program’s economic impact through errors and by using projections instead of what actually happened. (The Mackinac Center also questioned the MEDC’s return on investment claims for the MBDP in its article, “State’s MBDP Job Creation Claims an Inconvenient Fiction,” in February 2018.)

This shouldn’t surprise even casual observers of state government work and the Auditor General. This highly regarded, independent, nonpartisan state department has reviewed the performance of the state’s corporate handout agencies (the Michigan Strategic Fund and Michigan Economic Development Corporation), and some of their programs, and found both agency and program performances to be wanting. Indeed, there is a clear pattern by the state’s jobs agencies for poor documentation and overstating the successes of the jobs programs they oversee.

In fact, in 2013, my colleague Jarrett Skorup catalogued findings of the state Auditor General in his article “Déjà Vu All Over Again For Auditor General Report On Select Subsidy Programs.” See if you recognize patterns in the summary snapshot of that article below.

This is not the first time a review of the MBDP has been performed. In March of last year, the Mackinac Center for Public Policy released its own statistical analysis. It found that for every $500,000 directly paid to corporations by the state, there was a corresponding loss of about 600 jobs in the county in which the company’s project is located. In other words, this study’s estimates indicate the program is a net loser.

In many ways, no deep statistical analysis was necessary for this program’s performance to raise an eyebrow. By my count one-third of all MBDP deals had been or were in some state of default or dismissal through 2016. The poor performance of the program is noticeable.

The MBDP is an obvious failure. It should be shut down — along with the rest of the state’s corporate handout programs — and the resulting savings diverted to road infrastructure or some higher priority.