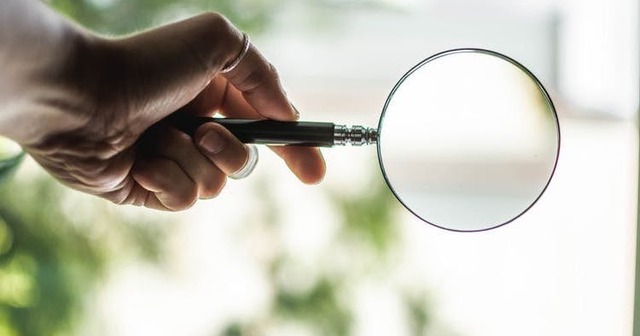 New legislation would make the MEDC more transparent and accountable

The state House Tax Committee recently heard testimony from the Michigan Economic Development Corporation. This was offered in response to a package of bills recently introduced to make the Michigan Strategic Fund and Michigan Economic Development Corporation more transparent and accountable to the public. These agencies oversee the state’s corporate handout programs.

The hearing was difficult to watch because the testimony itself reminded this viewer why the MEDC needs more transparency and accountability. The MEDC’s chief operating officer, Amanda Bright-McClanahan, presented misleading data and redirected a question from Rep. Steve Johnson. She also selectively described reviews of the MSF-MEDC by the Michigan Office of the Auditor General of Michigan.

The MEDC has made a history of cheering for its own purported successes, sweeping failures under the rug, and at times becoming aggressively less transparent, refusing to answer questions that aren’t compelled by law. It’s time for Michigan lawmakers to direct more sunshine onto this institution and do it soon.

During her opening statement, the MEDC’s COO said, “To date the Good Jobs for Michigan program has helped to create nearly eighty-three-hundred high wage jobs. …”

There are several problems with this statement. These jobs exist, for the most part, only in announcements of what a handful companies say they will do because of big subsidy deals struck with the state. When Bright-McClanahan says that the state helped create jobs, those jobs haven’t necessarily materialized already. They’ve been announced and the companies that have received awards might add the jobs in the future. She’s not the only state official to tout job announcements as if they’ve already occurred. Also, the agency and its defenders say little or nothing later if the jobs fail to materialize.

This is why the transparency and accountability bill package before the tax committee mandates that the MEDC publicly announce when its corporate winners have become losers. The department should not continue to get free lunch when it comes to public relations.

Second, the MEDC simply cannot prove that the companies would not have located or expanded here and created new jobs without the incentives. Indeed, evidence exists that most incentivized firms “would have made a similar decision” sans subsidies (see below for more). In addition, even if all these companies did create all these jobs in very short order, they may have just found employees — in today’s low unemployment rate world — who were otherwise gainfully employed elsewhere. These aren’t so much new jobs, then, as subsidized jobs filled by luring employees away from other businesses that probably were not subsidized by taxpayers.

Later in her testimony, the COO touted the MEDC’s current accountability by noting that “each year we also submit to intensive financial and internal control audits” by the Office of the Auditor General. That office, she continued, works to “ensure that there is transparency in the way that our funds are spent. …” What was left unsaid was that the same office has raised questions about the MEDC’s transparency and its programs’ effectiveness — and has done so in several different reports.

The auditor general’s September 2017 audit of the state’s Michigan Economic Growth Authority program noted that there was “clarification needed for statutes that limit public transparency of MEGA tax credit information.” This is precisely what a different bill in the transparency and accountability package before the Tax Committee is designed to do. It clarifies things by permitting the state to reveal the value of tax credits and subsidies it pays out to corporations.

Perhaps more importantly to the larger question of corporate welfare programs themselves are the raft of other audits conducted by the OAG. These audits have criticized the Michigan Strategic Fund and MEDC over program performance, agency overstatements about its job creation claims, and failing to adequately document important information. In 2019 the OAG slapped the MSF for overstating economic impacts of the Michigan Business Development Program and possibly overstating its job creation numbers.

The OAG’s criticism is important for two reasons. In her testimony, the COO cites the MBDP favorably, while redirecting a pointed question from Rep. Steve Johnson. In addition, the bill package before the tax committee now would make MBDP deal information more transparent earlier — before MBDP deals fall short of expectations.

Rep. Steve Johnson asked the COO about an Upjohn Institute study indicating that more than 75 percent (and up to 98 percent) of incentive deals were not necessary. The institute said that in many cases, “the same decision would have been made without the incentive.” Johnson wanted to know what the MEDC was doing to ensure it was truly picking those firms that weren’t going to expand or locate in Michigan anyway. The COO, however, ignored the pointed question and instead pivoted to a completely different Upjohn study that found one of its many programs (the MBDP) had a positive ROI and was effective. That’s not what she was asked, and the Upjohn study is not the only word on the MBDP.

The Upjohn study authors used simulations from a computer program to assess the program’s effectiveness. The authors found mostly positive effects, based on scenarios they tried to measure. But a different study, one the Mackinac Center conducted in 2018, found that for every $500,000 in subsidies doled out to corporations there was a corresponding loss of some 600 jobs.

This research is important for two reasons: First, the bill package under consideration would permit the public to learn more details of MBDP deals long before they are made, unlike what happens today. Second, the state would be forced to report any failures surrounding existing deals (including changes to agreements that lower performance standards) in a more timely way.

In my more than quarter-century association with the Mackinac Center for Public Policy, I have seen the transparency and accountability window swing open and shut a number of times, and I have even catalogued those instances, sometimes with the help of colleagues. In the past, MEDC officials have simply ignored my requests for information; in one case after making an explicit offer to provide information.

All of this explains why this new set of transparency and accountability laws is so important. They compel the state’s jobs agencies to make information more available and earlier. The public deserves to know which corporations get what and when and to see to it that agencies that claim they can create jobs are held accountable when they do not.