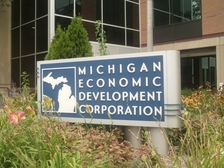 In a previous blog post, I have highlighted companies that received subsidies from the Michigan Business Development Program and then later filed for bankruptcy. The taxpayer dollars lost by state officials in those deals will likely never be paid back.

Those were poor choices made by government officials in Lansing, but they are far from being the first and unlikely to be the last. The MBDP itself is a failure. State taxpayers should demand a repeal of the program and insist that their money be used for higher spending priorities — such as road infrastructure — or be returned to them by cutting the personal income tax rate.

The most recent MBDP stumble to pop up in the news involves Adient Plc. The firm announced in 2016 that it planned to move its headquarters to downtown Detroit. It was offered a $2 million grant to add 115 new jobs at that location from the Michigan Strategic Fund, one of the state’s economic development agencies. Adient has since reversed course, telling Crain’s Detroit Business that “it can no longer fund the project in a way that will properly restore this historic gem to the city’s landscape.”

The good news here is that the state has not yet paid out any MBDP subsidies to the company. The bad news is that it is yet another example of the state’s inability to bet on a winning horse. Adient has struggled with its profitability, and any firm’s financial prospects are hard to predict, even for highly trained investors, let alone state bureaucrats. Oddly enough, officials’ inability to properly anticipate the future didn’t stop the state from issuing one of its frequent brag notices.

“Developing the D” was the headline on its Nov. 11, 2016, press release celebrating state incentives for two firms, including Adient. These deals would, allegedly, attract hundreds of millions of dollars of investments and add more than 200 jobs to the Motor City, according to the Michigan Economic Development Corporation.

“These projects reflect each private companies’ long-term commitment to the economic viability of Detroit,” said Steve Arwood, then the MEDC’s chief executive. But clearly, the very economic viability of Adient itself prevented the company from keeping any long-term commitment to Detroit, a fact that should not be lost on policymakers. Those who take money from lots of people and give it to a few in the name of job creation are not imbued with magical talents for seeing the future. That is probably why so many business handout programs do so poorly.

State governments have been running economic development, or “jobs programs” for decades, and economists have been studying them for nearly that long. The verdict on them is unflattering. Most disinterested reports seem to show that economic development programs are not the job- or wealth-creating dynamos their supporters hope. Simply put, they don’t have good track records.

For the MBDP, a Mackinac Center analysis found that from 2012 through 2016, some 33 percent of deals had been or were in some stage of default or had been dismissed. Our statistical analysis indicated that for every $500,000 offered, there was a corresponding loss of 600 jobs in the average county in which projects from the development program were located. In other words, it hurts more than helps.

Adient now joins a long list of deals that have come to the public eye with promises that were not kept. The state should get out of the corporate subsidy game and instead adopt more useful policies. Those include, but are not limited to, investing more in state transportation infrastructure, or cutting taxes for all.