Bonfire of the Bureaucratic Vanities

MEDC should publicize its failures, too 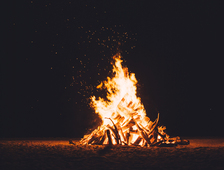 Author Tom Wolfe died last week. He was a famous journalist and author of popular books, including “Bonfire of the Vanities,” which involved a high-flying, risk-taking Wall Street trader who was said to be “hemorrhaging money.” Michigan has its own class of risk-taking traders, but they are of a state-paid variety, operating programs that either mandate unusually risky investments with taxpayer money or undertake them outright.

They should not. Trying to pick winners and losers in the marketplace and invest taxpayer dollars in the winners is fraught with difficulty. Research tells us it is typically ineffective and expensive.

The Michigan Business Growth Fund Loan Participation Program is sold as another way to encourage business growth and diversify the economy. One official document says it is for “borrowers whose projected cash flows are considered speculative by the lender” [emphasis added]. In other words, if a private bank’s experts determine that a project is too risky, the state’s development agencies will back it up with taxpayer money.

In 2012, they did this with Cherry Growers Inc., a company that filed for bankruptcy last year. This loan (and four others) was duly announced by the Michigan Economic Development Corporation in a July press release bragging about all the good it will do. Come 2018, a report to the Legislature indicates Cherry Growers still owes $2.6 million in state-backed loans.

“The Loan Participation Program will allow these companies to move forward and continue to grow, which in turn brings jobs and investment to our state,” then-MEDC president Michael Finney noted in a 2012 press release. The announcement also noted that Cherry Growers planned to add 250 full-time employees. It was not to be.

Remarkably, backing a loan that was too risky to get private financing wasn’t the only bit of investment risk-taking the state was willing to embrace. Officials, who should be good stewards of state resources, offered this deal up in the middle of one of the worst — nationally recognized — cherry crop failures in Michigan in decades. Other fruit crops suffered as well.

Either state officials didn’t know what everyone else seemed to know, or perhaps they didn’t care. In addition to recommending this loan, the MEDC also supported, in the same year, an additional $2.5 million grant for Cherry Growers through a different initiative, the Michigan Business Development Program.

How much of their $5.1 million will taxpayers get back? It may be too early to tell, but the company is being liquidated. The good news is that there may be a buyer for Cherry Grower’s property. Proceeds from that sale will help pay back creditors to some degree.

Lest the reader think Cherry Growers is a risk-taking one-off, a simple error, consider just a couple of other examples:

Despite the clear warning that the company was in financial hardship, state officials apparently still thought it was a good idea to give it money.

As part of 2011 deal, Suniva was supposed to build a $250 million facility in Saginaw Township. That investment never happened. But that didn’t stop the MEDC from recommending in 2014 the company for a $2.5 million grant. Suniva filed for bankruptcy in 2017. Last month, a judge granted permission to a creditor to retrieve and sell at auction its equipment, some of which is located at Suniva’s Saginaw plant, which appears to be sitting idle.

Time and again, state bureaucrats brag about the jobs and other benefits they say their handouts will deliver. Research shows these programs tend to be ineffective. If lawmakers can’t bring themselves to shut these programs down, at least they could impose a reality check on the bureaucracy that helps manage them.

That reality check could be a public relations bonfire of state jobs vanities. Each time one of its winners fails to perform as expected, the MEDC should issue a press release announcing as much — to the same media outlets to which it had previously bragged about those same companies. It could also then announce an estimate of lost taxpayer dollars.

Of course, the better way for government to disburse the money currently given away in handouts would be to spend it on roads, or enact across-the-board tax cuts. But short of eliminating the programs, lawmakers should prevent their corporate welfare minions from enjoying the blessings of braggadocio without the responsibility of publicly admitting corresponding failures.