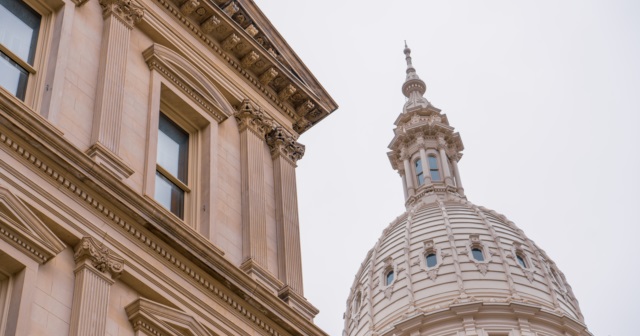 At the start of the year, bipartisan teams of lawmakers introduced a set of five bills that — if adopted — could revolutionize the way Michigan operates its economic development programs. The bills do not change the program’s incentives for big corporations; rather, they change the incentives under which state bureaucrats operate.

On the transparency front, three bills would grant the public greater access to information about the deals bureaucrats make. The first would mandate that the details of any grant, award, tax credit, loan or other incentive be posted on the internet 10 days before the Michigan Strategic Fund approves it.

This will allow the public to weigh in on the deals before they happen, which will act as a natural restraint on overly ambitious corporate giveaways. It is less likely that international corporate behemoths like a FoxConn or an Amazon would score outrageously large subsidies if more taxpayers knew what it would cost them ahead of time.

Recall that the now defunct and misnamed “Good Jobs for Michigan” program was sold, in part, to land a FoxConn plant. FoxConn chose Wisconsin in a deal that was expected to cost at least $231,000 per job. A cost of that magnitude may have sunk a subsidy deal like that here or in Wisconsin, had the public known about it. Wisconsin’s deal with Foxconn has not unfolded as promised, and it may have even doomed the reelection campaign of Scott Walker, the governor who announced it.

Another bill mandates that the state publish a notice on its website each time a company in key program areas seeks an amendment to its original deal or ceases operating here. Right now, state economic development bureaucrats get a lot of free, glowing press when deals are announced. The story line is that more or better jobs are coming to Michigan because of some incentive offered by government. But deals often fall apart, and when that happens, it tends to go unreported. What happens after job announcements are made, though, is what counts, and this legislation ensures that people know when companies don’t live up to expectations.

The package also allows for information about the billions in subsidies collected by companies from the Michigan Economic Growth Authority to be made public again. When MEGA transfers taxpayer money to corporations, it does so through refundable tax credits. Since this involves tax returns, information that would reveal the names of recipients and how much they get is considered confidential. These subsidies weren’t always a secret and they shouldn’t be now, especially since taxpayers are still on the hook for up to $6.1 billion in credits. It is only fair that taxpayers learn which corporations are getting their money and how much they get.

If a deal is amended to reduce the number of expected jobs, the incentive must be reduced proportionally. If we’re paying for jobs, then we should pay less when the jobs numbers go down. To the state’s credit, that typically happens now in the Michigan Business Development Program. But the new legislation would guarantee it happens by codifying such reductions in statute.

The last piece of legislation mandates that if a company has to return money for not meeting the expectations of a deal, it goes to the state’s General Fund instead of the Michigan Strategic Fund. This effectively prevents economic development officials from being held harmless for making bad decisions.

Altogether, these bills change the incentives faced by decisionmakers in Lansing. By adopting them, lawmakers can shed more light on otherwise secretive dealings. This will help everyone make more rational decisions about how precious state tax dollars are used. It will also make state economic development officials more accountable.

Research shows that corporate handout programs are generally ineffective, expensive and unfair. The new legislation will help mitigate against all that by shining more sunlight on secretive dealings and by holding the state’s “jobs” department more accountable for its choices.