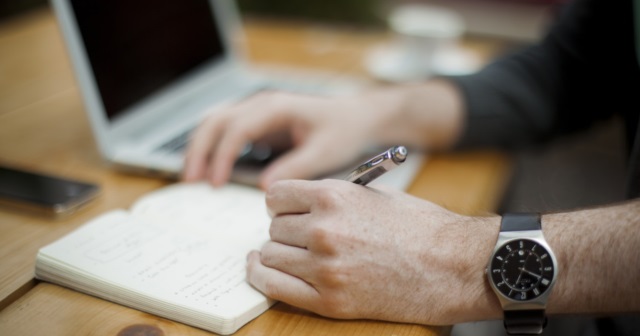 How Michigan Should Be More Transparent About Jobs Deals

If Michigan lawmakers are going to keep handing out taxpayer money to select businesses, they ought to be more transparent about it. The state does an adequate job of disclosing some information, but there is much room for improvement, and there are some proposals in the Legislature toward that end.

The state offers money to select businesses in an effort to create jobs. While these business subsidy programs are ineffective at their declared task, unfair to companies that don’t get them and expensive to the taxpayer, lawmakers feel the need to keep them around.

Lawmakers can improve the process, though, by letting people know who is going to get state assistance before the deal has been approved. This helps those who might be opposed to a deal to know that it’s coming and tell board members why they may have an issue with what the state offers. Other states provide this information — it’s part of regular board meeting notices in Delaware, for instance.

There’s room for improvement when it comes to disclosing information before the deal is approved, and the state does an okay job in being transparent about what it offers. But its record on what happens after a subsidy gets awarded is mixed. Administrators do an all right job at reporting what companies collect from taxpayers. But this is true only for the state’s newer programs, not its older programs, where companies receive their payments through refundable tax credits.

The details of tax credits used to be public information, but lawmakers locked this information up in 2009. They should make this disclosable again. Administrators expect that companies will collect $5.3 billion from taxpayers in this program, and people deserve to know where their money is going. Other states make this information available; at least 18 other states post it in annual reports or through state transparency webpages.

Deals don’t always go as expected when they are signed. This is why there ought to be additional transparency and accountability. Some companies don’t end up creating the jobs they pledge to create, and the state ought to report if companies don’t fulfill their end of the bargain. Some information about those situations can already be obtained from state reports, as is true in 17 other states, but the state can improve what it releases. Missouri, for instance, reports on deals that have fallen short, as well as what the state is doing about them.

When deals go wrong, the money the state pledged for the deal ought to go back to lawmakers to re-budget, instead of being funneled back to administrators, who can use it to issue more deals. If a company doesn’t follow through, it’s more appropriate for lawmakers to use the money for their most pressing priorities. It’s also a good practice to reduce state support for job creation deals when companies reduce the number of jobs they expect to create.

All of these changes are part of a package of bills sponsored by a bipartisan group of legislators to improve accountability and transparency in the state’s economic development programs. Legislators may end this session without voting on them, but they’re good ideas worth considering next year.