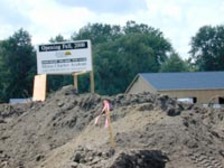 One of the most exciting developments in education in recent years has been the emergence of private, for-profit "education management organizations" (EMOs). One Michigan-based EMO has been at the forefront of this growing privatization trend.

National Heritage Academies, founded in 1995 by self-described Christian businessman J.C. Huizenga, has grown in nearly six years from serving a handful of Michigan schools to privately managing over 22 charter and traditional public schools in three different states. Its revenue for this year is expected to reach $50 million.

Huizenga was motivated to act on his longstanding desire to improve education following the birth of his son. He says his experience as a successful businessman in the financial and manufacturing sectors taught him that competition is the best way to help schools offer their students the best education possible.

"American public education today is monolithic," notes Huizenga. "It tends to be patterned after the old Soviet system: It's centrally planned, driven by mandate, absent of competition, and doesn't provide any motivation to succeed. Its quality is decreasing while its cost is increasing."

The same survey also showed parents to be pleased with National Heritage Academies schools: 95 percent said their children were receiving a better education and indicated they would recommend the schools to friends. And many of them may have done just that: The schools currently have a waiting list of nearly 1,500 students.

Huizenga brushes aside critics' concerns about introducing the profit motive into education by noting that profit is already inherent in any system. He explains that there must be incentives for people to invest in anything, education included. National Heritage Academies operates on the principle that people need a return on their investment. Once they have that, they are willing to invest in an honorable cause. Charter schools have made it possible for a quality education to coincide with the self-interest of potential investors, and both come out as winners, according to Huizenga.

Teachers come out as winners, also. Huizenga says National Heritage Academies frees its teachers from crippling public bureaucracies, allowing them greater liberty to innovate, take risks in their teaching styles, and challenge their students to achieve excellence. Employees also are eligible for stock options as part of their bonuses. As a result, Huizenga says he has encountered no shortage of teachers eager to apply for positions (the schools employ 488 full- and part-time teachers).

Huizenga envisions an educational system driven to success and fiscal soundness through the use of competition. When this happens, he says, "We will look back on those teachers who first began this liberation movement and say, 'They were part of the vanguard that saved our education system.'"

Tara Thelen is a 2000 summer research intern with the Mackinac Center for Public Policy and a student at Hillsdale College.