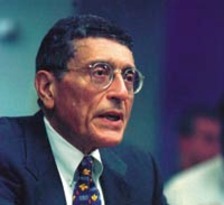 The Detroit public school district, once referred to by the Detroit Free Press as an "unwieldy monster," recently announced that it is taking steps to control wasteful spending and explore opportunities to better use and manage its resources through privatization.

The district has long spent a disproportionate share of its funds on business administration, unproductively diverting resources that could otherwise be used in the classroom. Recent figures show that Detroit spends from 2 percent to 6 percent more of its budget on administration than any other large school district, leaving schools themselves only a 68 percent slice of the budget pie.

Over the past several months, former Detroit schools CEO David Adamany has introduced a new array of cost-saving measures and promised that at least 75 percent of the district's budget would go directly to schools.

What provoked this sudden rush of fiscal responsibility from what has historically been a rigid and profligate bureaucracy?

The answer may be that more Detroit students than ever now have greater opportunities to leave Detroit public schools—and many are doing just that. Over the past two years alone, 15,000 students have left the Detroit school system to seek a better education in charter schools or other districts.

As students leave the Detroit system, state money allocated to Detroit schools on a per-student basis leaves with them. Accordingly, Detroit Public Schools has lost nearly $100 million in state money and is now facing a budget deficit of roughly $60 million. In other words, more choices for students means Detroit can no longer take its funding for granted and will have to do things differently to attract and retain students.

Advocates of competition have always predicted this type of outcome for a number of reasons. Competition forces organizations to offer a better deal for their customers—whether those customers are taxpayers or voluntary consumers. Prices always drop when organizations are forced to bid for business.

Economists also have long argued that competition is necessary for an organization even to know if it is doing a good job. It is only when an industry can watch what consumers demand when choosing between options that they can know what consumers want and don't want. Companies serve customers best when they are forced to react to customers. Competition is as much a learning process as it is a drive towards excellence.

Competition, then, has provided Detroit Public Schools with an incentive to improve efficiency and quality. It has forced the district to do what businesses must routinely do: become more cost effective, channel money to services instead of into overhead and bureaucracy, and contract out services that others can do more effectively.

Already, the district has initiated two major reform projects detailed in this issue of Michigan Privatization Report. First, Adamany initiated a "loaned executives" program to deal with the legendarily inefficient office supply system of the district. Two executives—one each from automakers DaimlerChrysler and General Motors—analyzed the system and concluded that it should be outsourced.

The other project, called the Education First initiative, was an ongoing systematic analysis of the 15 non-education services provided by the district. Already, the committees assigned to analyze these services have enacted full-scale privatization of food services, grounds maintenance, and information technology systems. The reforms announced so far are projected to save taxpayers millions while putting more education dollars back into the schools.