Lessons from Twenty Years in the Freedom Movement 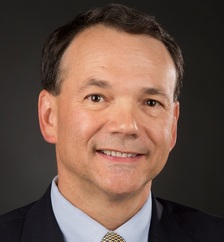 Twenty years ago I quit my perfectly good engineering job to join the save-the-world business. Two decades at anything prompts retrospection. Here are a few things I know now about public policy and the freedom movement that I did not know in January 1995.

People wiser than I am taught me most of these lessons. I figured out a few on my own. All of us at the Mackinac Center are better equipped to advance sound policy than we were 20 years ago.