To Ensure School Compliance with the Law, Include Financial Incentives 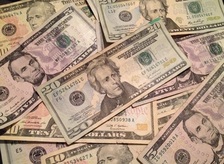 For most people who follow government, nothing is more meaningful or more dramatic than the struggle to pass a law. In this romanticized view, the passage of a law means that change was required, and that those who break the new law will be punished.

In 2011, the Michigan Legislature passed a series of education reforms, designed to retain and reward Michigan’s best teachers. According to these new laws, districts would have to pay high-achieving teachers a premium, and could not make teacher hiring and firing decisions on the basis of seniority alone. For those who celebrate new laws, this marked the beginning of change.

But Michigan’s public education system did not change dramatically simply because a few laws had been passed. As the Mackinac Center found in a 2012 survey of collective bargaining agreements, some districts “complied” by paying their best teachers just $1 more, with the majority of districts ignoring the law entirely.

In the spring of 2014, we conducted another survey, finding that 60 percent of surveyed districts worked to preserve collective bargaining language that was prohibited by the 2011 laws. In comparison, a different 2011 law passed to contain district health insurance costs had widespread compliance. The key difference between the two laws, we noted, was that the one addressing health insurance costs had a hefty financial fine for districts that failed to comply.

It is clear that though the passage of a law may be meaningful for some, many school officials appear not to care — unless a financial penalty or reward is attached. As we suggested in our 2014 survey, if legislators wanted districts to pay their best teachers more and to stop making critical personnel decisions on the basis of seniority, they needed to use a financial stick or carrot.

In response to our recommendations, the Michigan Legislature added a carrot. In order to access an additional $70 million in state funding, school districts must comply with certain “best practices,” including offering merit pay for teachers and removing certain language, prohibited by law, from collective bargaining agreements.

Though adding a financial incentive to an existing law seems like a small change, the Michigan Education Association was livid that school districts would “get more money” if they paid high-quality teachers more and removed some subjects from teacher contracts. The MEA likely realizes what we have learned: The financial incentive attached to a law is at least as important as the law itself.