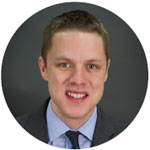 Andrew Koehlinger is the project director for VoteSpotter. He joined the project in February 2014, after working two years in sales, first as a representative for a national medical device manufacturer, and then as an industrial safety specialists for a Fortune 500 company. 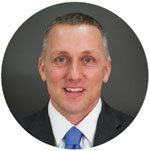 In his previous position as chief development officer for the Ohio History Connection, Jim’s team grew the overall philanthropy by more than 100 percent in less than four years.

"The Mackinac Center is leading the charge to renew a system of free enterprise in Michigan and also impacting public policy nationally.
I feel honored and energized to join this noble cause, working for freedom in my home state," Jim said.

Originally from Oxford, Jim, his wife Kelly, and their 6 children are excited to be back home in Michigan and are residing in Midland. 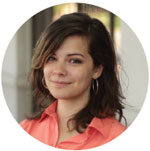 Ilia started her design internship with the Mackinac Center in August 2013, and was recently promoted to her current position as graphic design assistant.

In addition to her love of design, Ilia's other interests include illustration, photography and music, which she pursues in her free time. She has performed a number of live shows and enjoys a significant YouTube following for her many cover videos and originals. She was homeschooled through high school and is a Midland native.