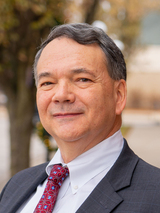 He is vice chair of the National Taxpayers Union and is a member of the Atlas Network's Global Council of CEOs Team.

Every Win Must Be Defended

Why We Need ‘Impact Journalism’

What Have We Learned in the COVID-19 Lockdown Era?

Good News You May Have Missed

Lessons from 25 Years in the Freedom Movement