The award is named after Thomas A. Roe Jr., founder of the State Policy Network, and “pays tribute to those in the state public policy movement whose achievements have greatly advanced the free market philosophy.” It also “recognizes leadership, innovation and accomplishment in public policy.” SPN is a network of more than 60 state-based think tanks that promote liberty and free-market public policy solutions.

“I’m deeply grateful,” Lehman said. “The Roe Award created an occasion to focus attention on the Mackinac Center’s influence on better policies for Michigan, such as freedom to work. I accept the award on behalf of our team and dedicate it to them.” 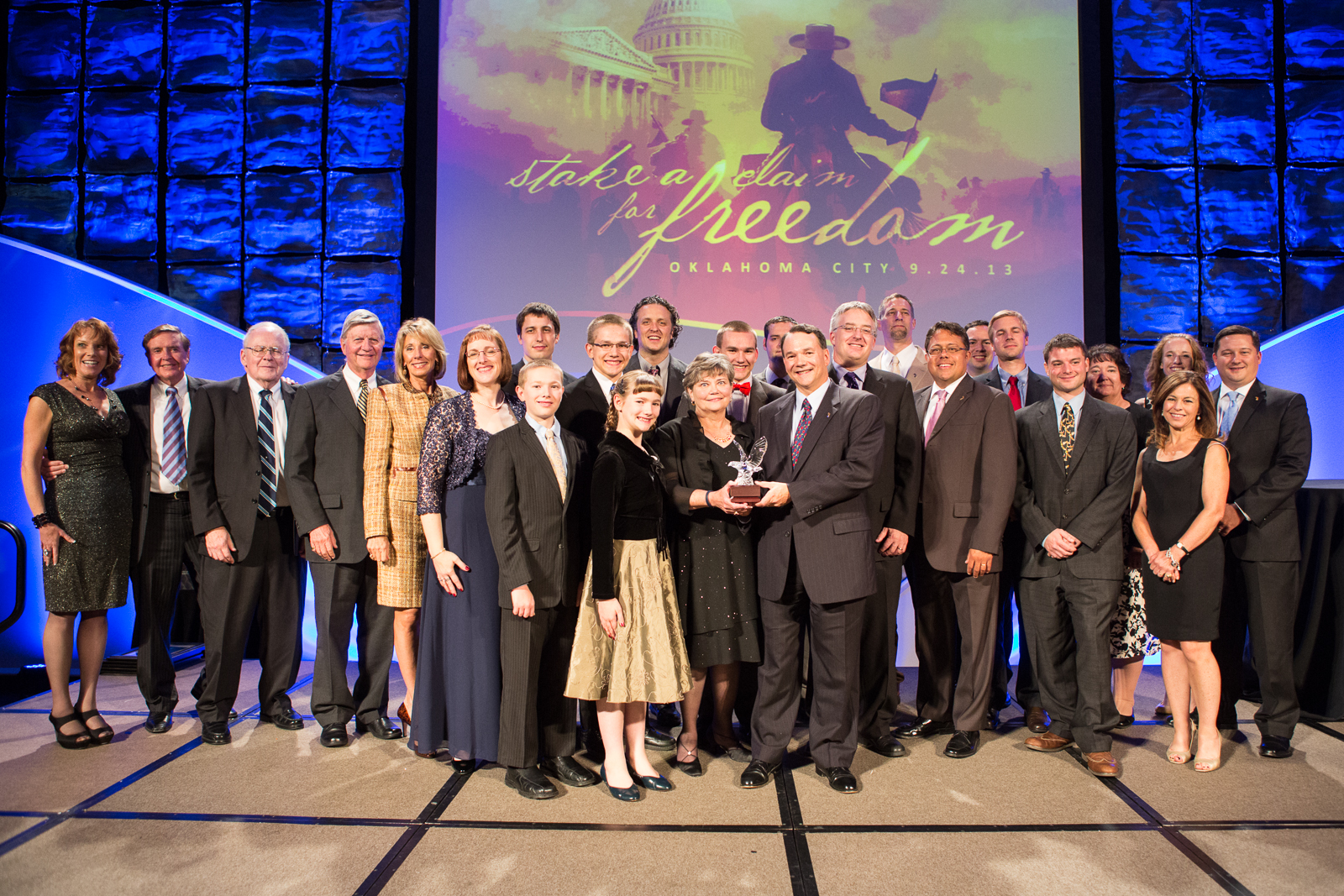 Mackinac Center President Joseph G. Lehman is surrounded by his family, along with Mackinac Center board members and staff, after receiving the 2013 Roe Award at the State Policy Network annual meeting in Oklahoma City.

The Center has had many policy achievements during its 25 years, but perhaps none more significant than seeing Michigan become a right-to-work state. A video detailing that victory was shown at the SPN conference. A written and visual timeline provide more details on the Center’s leadership over the past two decades to bring worker freedom to Michigan.

The Mackinac Center for Public Policy is a research and educational institute headquartered in Midland, Mich. The largest state-based free-market think tank in the country celebrates its 25th anniversary this year.