Ever wonder how politicians choose which policies they’ll support? you ever noticed that a politician championing one policy idea can win an election in one country, but at the same time no politician in your country will support that same policy? The Overton Window of Political Possibility can help explain

A Brief Explanation of The Overton Window

... the Overton Window can both shift and expand, either increasing or shrinking the number of ideas politicians can support without unduly risking their electoral support.

But the Overton Window can both shift and expand, either increasing or shrinking the number of ideas politicians can support without unduly risking their electoral support. Sometimes politicians can move the Overton Window themselves by courageously endorsing a policy lying outside the window, but this is rare. More often, the window moves based on a much more complex and dynamic phenomenon, one that is not easily controlled from on high: the slow evolution of societal values and norms.

Think for a minute about education policy. By and large, our society agrees that providing children with a formal education is a good thing. But how best to accomplish this policy is a wide open question. There are dozens of different policies that could be used.

Now imagine the different policy options for providing children a formal education lined up along a spectrum. On one end, you’d find a policy idea to use the power of the federal government to provide education to all children — a top-down, centralized approach. On the other end of the spectrum, you’d find just the opposite policy idea: no government involvement whatsoever, leaving the provision of education to private citizens. See the image below that shows a handful of these policy options and ideas.

To get an idea of how the Overton Window can change over time, think about the Prohibition Era. Just a few generations ago, the sale and use of alcoholic beverages was made illegal by federal law, suggesting that this policy was safe inside the Overton Window. But fast forward to today when people poke fun of the folly of Prohibition and virtually no politician endorses making alcohol illegal again. The Overton Window has clearly shifted, and Prohibition is no longer within its borders.

The Overton Window doesn't describe everything about how politics works, but it does describe one key thing: Politicians will not support whatever policy they choose whenever they choose; rather, they will only espouse policies that they believe do not hurt their electoral chances. And the range of policy options available to a politician are shaped by ideas, social movements and shared norms and values within society.

All of this suggests that politicians are more followers than they are leaders — it’s the rest of us who ultimately determine the types of policies they’ll get behind. It also implies that our social institutions — families, workplaces, friends, media, churches, voluntary associations, think tanks, schools, charities, and many other phenomena that establish and reinforce societal norms — are more important to shaping our politics than we typically credit them for.

So, if you’re interested in policy change, keep the Overton Window in mind, as it is a helpful guide. If your idea lies outside the window, trying to convince politicians to embrace it is a steep hill to climb. You’ll likely need to start at the ground level, slowly building support for your idea throughout the broader society, and then if it catches root there, politicians will eventually come onboard. Even if the policy change you care about most currently lies within the window, maybe you should re-evaluate if there’s a better option that you’re not considering because it lies outside the Overton Window and no current politician endorses it. 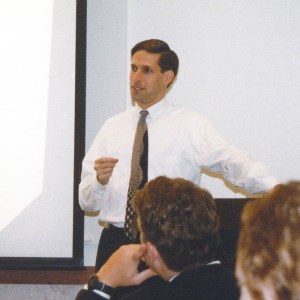 Who created the concept of the Overton Window?

The Overton Window was developed in the mid-1990s by the late Joseph P. Overton, who was senior vice president at the Mackinac Center for Public Policy at the time of his death in 2003.

Can the Overton Window be shifted by lies, distortions or misunderstandings?

Yes, but it’s obviously wrong to intentionally disseminate misleading information. The Overton Window reflects what society believes, which can be as easily influenced by truth and facts as it can be by inaccurate or deceptive information. Even mistakes can shift the window. The massive underestimate of Medicare costs probably contributed to the program’s creation in the 1960s. The false belief that weapons of mass destruction would be found in Iraq contributed to support for that war.

The Mackinac Center for Public Policy is a nonpartisan research and educational institute dedicated to improving the quality of life for all Michigan citizens by promoting sound solutions to state and local policy questions. The Mackinac Center assists policymakers, scholars, business people, the media and the public by providing objective analysis of Michigan issues. The goal of all Center reports, commentaries and educational programs is to equip Michigan citizens and other decision makers to better evaluate policy options.

What is the connection between the Mackinac Center and Glenn Beck’s book, “The Overton Window”?

How does The Mackinac Center use

The Mackinac Center uses The Overton Window to help promote its policies. By providing information on political decision making and attempting to influence citizens and lawmakers, the window can be shifted to make Michigan a freer and more prosperous state.

How can I help the Mackinac Center promote better public policy in Michigan and reach as many people as possible?

The Mackinac Center is a nonpartisan, nonprofit 501(c)3 organization that depends on thousands of generous contributors like you. For more information on how you can become a member, please click here.

NYT: How the Politically Unthinkable Can Become Mainstream 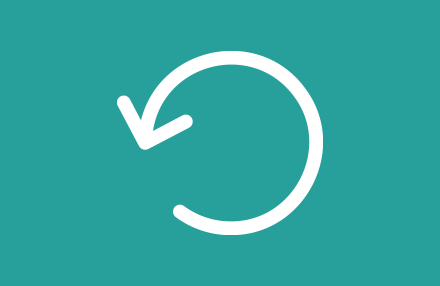 The Reverse Overton Process: The Shift In Acceptability

Check out The Overton Window podcast!