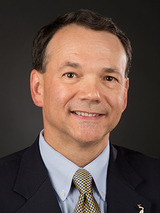 He is vice chair of the National Taxpayers Union and is a member of the Atlas Network's Global Council of CEOs Team.

Road Funding Debate is Not About Roads

John Rapanos and the Necessary Ingredient for a Property Rights Win

The Overton Window and Free Speech

The Perfect Time to Panic