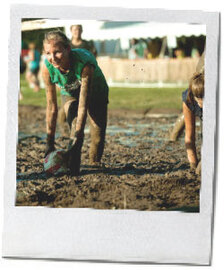 This photo from the Mackinac Center archives reveals a lighter side to the kind of work our interns might get involved in this summer.

As many readers know, I am among those young upstarts trying to change the world. And I really only have one major complaint with people my age, which is our often youth-inspired inability to appreciate nuance. Nuance is interpreted rhetorically as old-fashioned — it’s Debbie Downer at the cerebral cocktail party. But there’s a reason she’s invited.

Take for instance right-to-work in Michigan. More often than not, the debate is pitched as those who support unions vs. those who want unions to go away and never come back. But that’s not the case at all. The Mackinac Center for Public Policy has always advocated for government neutrality regarding labor policy — the government should neither serve unions as a special interest nor undermine individuals’ right to association. The only reason this seems like a revolutionary idea is that, in the current entrenchment of labor interests into state budgeting and election cycles, it is.

Fortunately, we have a whole new crop of interns to restore my faith, selected from a large group of applicants due to their unique capacities as well as their collective strength of mind; a trait that is essential to capture nuance in policy and aid the Center’s mission.

Todd Flynn, an economics student at the University of Michigan, will be working with our education policy team. Geneva Ruppert hails from Smith College and will be supporting the communications team — that is, after she returns from studying in Vienna. Another University of Michigan economics student, Grace Kendall, is a Midland native and will also be supporting communications (we’re ramping up our efforts!). Evan Brubaker is an economics and Latin student at Hillsdale College and will be interning with Michigan Capitol Confidential. Evan Fryzelka will be leading the summer privatization survey of school districts, a Mackinac Center tradition for one qualified intern, while assisting our fiscal and education policy initiatives. Finally, returning intern Christina Bolema will be supporting the labor department, after her invaluable research assistance with the Mackinac Center’s policy brief on Proposal 3 and the Renewable Energy Standard that appeared on last year’s ballot.

What’s almost more impressive? More of our applications are coming from schools such as the University of Michigan and the East Coast than ever before. Clearly, there is still intellectual interest in the ideas of the Mackinac Center among young people, even those attending schools stereotypically uninterested in free markets.

We cherish our summer time, where the interns grant us the freedom to invest even more in the hands-on research that truly benefits taxpayers and lawmakers. They also serve as reassurance that, though the liberty movement may be insurgent, it is growing with every generation.