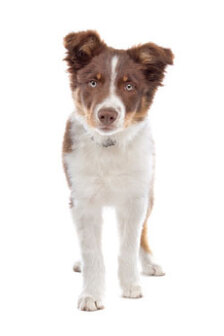 Seducing an unmarried woman is a felony. Playing or singing the national anthem “as a part or selection of a medley of any kind … [or] for dancing or as an exit march” is a misdemeanor. And mocking someone for refusing to duel is a finable offense.

That’s not all: Pet lovers take note — owning an unlicensed dog means the sheriff has to have it killed. Cursing is prosecutable, and exhibiting deformed human beings is a crime.

These laws are all currently on the books in Michigan.

While many people like to make small bets with friends, with few exceptions, the state considers it to be illegal gambling. That means that if you participated in those NCAA March Madness brackets, even if you guessed correctly and cashed in on Michigan’s run in the final, you likely broke the law.

A previous statute on the books prevented people from being allowed to “display … on his or her motor vehicle any emblem or insignia of any organization … unless the owner of such motor vehicle be a member of the organization.” For the sake of Detroit Tigers fans with bumper stickers, it was good that the Court of Appeals struck that down.

Whether archaic, simply bizarre or both, Michigan has too many laws. And legislators have introduced another 25,000 since 2001, passing more than 5,000 of them. (Every one of them can be found at MichiganVotes.org.)

What are the real-time implications of these now frivolous-seeming laws, and the multitude of others, from a policy angle?

Lawyer Harvey Silverglate, who estimates that citizens commit three federal felonies per day, told me that an abundance of laws makes everyone a criminal — intentionally or not. The state is also able to pick and choose who it prosecutes.

“Since no individual can keep track of what is illegal, every citizen is in danger of being singled out for prosecution simply because he or she has come within the sights of a law enforcement official,” said Silverglate.

While these laws seem absurd to us now, how will some of the bills proposed today or the laws actively enforced look in the future?

One Michigan representative is working to crack down on “truant” homeschooled students, who would seem to be the least of our educational system’s problems. The act of homeschooling was illegal in Michigan until the 1990s. Today, however, it is increasingly popular, according to the National Center for Labor Statistics; a shift in the Overton Window.

Our state’s three-tiered liquor control system, which institutes price controls and a virtual monopoly, is as old as some of the laws previously cited — left over from the post-Prohibition era.

And while it is fun to laugh at these antiquated rules, some of these laws have actually been prosecuted in recent times.

In the late 1990s, a man canoeing on the Rifle River (dubbed the “cussing canoeist”) let out some choice words while falling out of his boat. He was convicted of a misdemeanor and fined under an 1897 law prohibiting cursing in front of women and children.

So keep laughing at the absurd — but urge policymakers to clean up the books.