It’s For the Kids, Right? 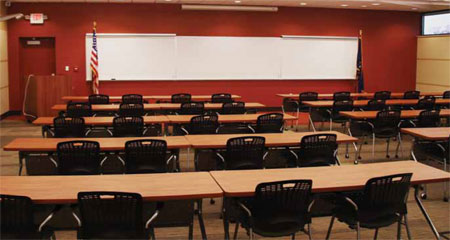 We are told regularly that there is something different about public education. Unlike the rest of the world where people are primarily driven by their own rational self-interest, public schools are hallowed sanctuaries of selflessness, where everyone works together for the common goal of educating children. But actions speak louder than words, and show that, on the whole, school officials and employees seek to primarily protect their own interests.

This is not a condemnation of public school employees per se — in fact, their good intentions are precisely what fuels this myth. Rather, it is a reminder that public schools are not controlled by a different class of people from you and me — this is important to remember when designing policies aimed at improving taxpayer-funded educational services.

A recent case in the Brandon School District is just one example of school officials prioritizing their own interests above their students. The school board there recently voted to demolish an unused school building rather than sell it to a local group of residents who wanted to turn it into a charter public school. In the end, taxpayers have to pay to demolish a building, rather than profit from its sale, and students in the district have fewer educational opportunities than they might otherwise. The Brandon school board fended off potential competition from another public school and the risk of losing revenue, just in case local parents chose to send their children to that school over Brandon schools.

Brandon is not alone. Last year, as reported by Michigan Capitol Confidential, the Battle Creek school district refused a $250,000 offer from a charter school group to buy a building that had been vacant for six years. Recognizing the threat of competition and potential loss of revenue this might bring, the Battle Creek school board chose to take the building off the market altogether and continue paying tens of thousands of taxpayer dollars to maintain the unused facility.

Too much money is spent protecting the interests of adults rather than educating children, and it’s because public school policies’ vanguard is protectionism. Some school districts are trying to serve more students by setting up “alternative education” programs for students who’ve dropped out, been expelled or quietly ushered out of their local schools. But these well-meaning districts are hampered by a state law forcing them to obtain permission from the local school district in order to operate a facility within another district’s boundaries. On top of that, due to high-stakes “count days,” the schools these students leave get to keep the state aid meant to be spent on their education. The districts actually attempting to serve these students get none of it.

Consider the districts that refuse to serve any students who do not live within their boundaries. Parents and taxpayers in these districts might be concerned that “their” schools (the ones we all pay for) will be harmed if students not wealthy enough to reside within the district boundaries co-mingle with their children. Perhaps this fear is valid, but these districts are clearly more interested in protecting their own turf than educating all children.

The actions of these districts and related public policies are not necessarily immoral or wrong, but they’re also not about serving the best interest of all kids. Reflecting on working in education policy for more than 40 years, here’s how Harvard’s Richard Elmore put it: “I used to think that public institutions embodied the collective values of society. And now I think that they embody the interests of the people who work in them. … To say that the adults in public institutions ‘represent’ the interests of their clients — children and families — is self-deceptive and irresponsible.”