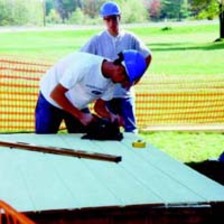 President Clinton and many other public figures regularly tout the necessity of a college education, but college may be only one of many ways for workers to realize successful career opportunities, suggests a recent University of Michigan study.

The study, released in June 1998 and conducted by Donald R. Grimes and Louis Glazer, analyzed job requirements and wages for a variety of positions and found that 60 percent of full-time workers making $30,000 or more annually do not have four-year degrees. The study further revealed that 47 of 88 jobs paying $30,000 or more per year did not require bachelor's degrees.

Darryl White, executive director of the Michigan Center for Construction Education and Research (MCCER), was not surprised by the study's findings. "There's nothing wrong with a college education," he told MER. "But it's not the only career path to success."

Many of today's billionaires- including Microsoft founder Bill Gates- never attended college or else dropped out before completing their degrees. Forbes magazine noted in December 1998 that 58 members of its Forbes 400 list of the nation's wealthiest people either avoided college or dropped out. The average net worth of these 58- $4.8billion- was 167 percent greater than the average net worth of the 400, which was $1.8 billion.

The college experience of Bill Gates is not unusual. The Condition of Education 1997, a U. S. government study, reported that almost two-thirds of high school graduates enroll in a college or university, but less than one-third of high school graduates earn a four-year degree before age 30. The study from the National Center for Education Statistics reported that the percentage of high school graduates who enrolled in two- or four-year colleges and universities rose from 49 percent in 1972 to 62 percent in 1995. But the number of students who completed four or more years of college increased only slightly, from 24 to 28 percent. The study reported that 25.8 percent of students earned a bachelor's degree, while 24.1 percent attained an associate's degree or certificate.

In Michigan, only one-third of Michigan high school graduates go on to earn a bachelor's degree, White said. MCCER is working with school administrators and school boards to get out the message that students have alternatives to college. "There's a totally under served group of students who don't know there's any other option," hesaid.

White's group works with commercial and industrial builders and contractors to help set up apprenticeships in skilled trades such as plumbing, welding, masonry, and pipefitting. Apprenticeships typically last 3-4 years, with students working in their chosen trade during the day and taking classes at night.

Students emerge from the program with no debt and marketable job skills, White said,and they enter a job market in which there is a shortage of workers with their skills. Hesaid average starting weekly pay for a skilled tradesperson is $700-$900, compared to $641 for a person with a bachelor's degree.

MCCER also conducts programs in which students can begin training while still in high school. Participating students from Meridian public schools recently built portable classrooms as part of their training.

Parents, students, and teachers may contact the Michigan Center for Construction Education and Research by calling (989) 832-5094.