Expert Finds Reasonable Arguments For and Against 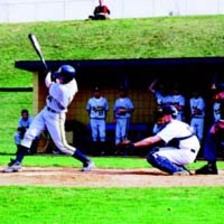 But if you want to see his temperature rise, just mention House Bill 4204.

Then you'll see his anger.

Bedford, athletic director for Midland Public Schools, is like a number of other public school administrators who are voicing their strong opposition to the proposed legislation.

The bill, supported by Gov. Engler, would require public schools to allow athletic participation from students who are home schooled or who attend charter or nonpublic schools.

That, according to Bedford, would be a big mistake.

"My whole beef is that kids who are home schooled, who go to charter schools or private schools have made the choice to go there," he said. "But at the same time, they want to participate in the activities that we offer without being enrolled in the school. That doesn't make sense. You can't have one without the other."

Paul De Pree, a father of five who heads the Christian Home Educators of Midland, which includes more than 100 families, sees the issue much differently.

De Pree said it's a matter of principle. He believes taxpayers should have the option to determine where their children attend school and where they participate in extracurricular activities, even if they do not take classes at that school.

"The large picture is that this is about choice in education," said De Pree, a scientist at The Dow Chemical Co. "Parents are asking more and more to be treated as consumers to education. . . . We're taxpayers like everybody else."

The Michigan High School Athletic Association (MHSAA) is opposed to the legislation and is taking its case to the state's media.

It sent a 13-page report to media outlets across the state, explaining its position, the bill itself and some articles published by Michigan newspapers criticizing the idea or ones similar to it.

Jack Roberts, executive director of the MHSAA, outlined eight points of opposition. At the heart of his argument is that students must be enrolled at a school to represent it.

"A close connection between students and the schools they represent must be maintained," Roberts said. "It is inconsistent with the goals and objectives of educational athletics to have students without such a connection drop by the school building after the school day is over and take spots on the school teams away from properly enrolled and/or connected students."

He also disagrees that just because someone is a taxpayer, it reserves them the right to have a child try out for the team.

"Most often they use the argument that they pay taxes, believing doing so purchases their son or daughter the right to engage in an activity for which they are not enrolled," he said. "They ignore that no such right exists."

Du Pree believes Roberts' argument is off base.

"Who do they think the owner of the school is?" he questioned. "The teachers and folks who work there are employees of the public. They don't own the school."

As principal of the Midland Academy of Advanced & Creative Studies, Moolenaar is interested in new opportunities for students. And that includes sports, which the school currently does not provide.

"Our focus has been on academics (since the school opened)," Moolenaar said. "But we have a number of students who are interested in athletics. We're looking at (sports) being a part of our educational program in the future. We want to give our students the most well-rounded education we possibly can."

Joseph Overton is senior vice president of the Mackinac Center for Public Policy, a research and educational institute that studies education policy and its effects on students. Overton says the athletics bill is not a clear-cut issue and that both proponents and opponents have legitimate concerns.

"On one hand this bill introduces more state micromanagement of local public school athletics, which is hardly a good thing." said Overton. "But on the other hand, it is hard to argue that taxpaying parents do not have legitimate claim to public school programs they pay for."

State Rep. Tony Stamas, R-Homer Township, is vice chairman of the appropriations subcommittee on school aid that soon will discuss the bill.

If the law is adopted, Stamas, who said he is comfortable with the philosophy behind the legislation, explained one of his top concerns is that school districts be reimbursed by the state for additional costs of adding students to its sports teams.

And with both sides of the issue deeply committed to their thinking, he said it will be important not to lose sight of education's primary purpose as the legislation is discussed by lawmakers.

"We can't lose focus of our academic priorities," he said. "We need to maintain the academic integrity as well as the integrity of the athletic (guidelines)."

This article was written by Chris Stevens for the Midland Daily News. Changes were made with permission.