Teacher Pay and Teacher Quality: How Do They Relate? 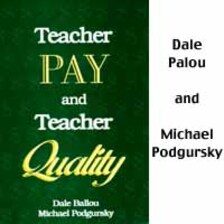 It is widely believed that teachers are underpaid. To attract and retain more talented teachers, it is said, state governments should raise their salaries.

It's a plausible argument, one made in A Nation at Risk and many other reports in 1980s, and repeated in the recent report of the National Commission on Teaching and America's Future. The need to act has seemed acute, given the large numbers of teachers with poor academic records and weak knowledge of their subjects. To upgrade the work force, most states boosted teacher pay substantially during the 1980s. On average, inflation-adjusted teacher pay rose by 20% during the 1980's. In some states, the increases were extraordinary: New Hampshire (36%), Virginia (35%), Connecticut (52%). By virtually any measure, the pay of teachers relative to other occupations rose as well.

Was this money well spent? Did teacher quality improve? This is the question raised in Teacher Pay and Teacher Quality, which begins with an empirical analysis of the effect that salary changes in the 1980's had on teacher recruitment. The surprising finding: there was virtually no relationship. The states in which teacher salaries rose little relative to other occupations experienced just about the same change in teacher qualifications as states that made a substantial effort to boost teacher pay.

Since this finding appears to defy standard economic theory as well as common sense, the authors consider a variety of explanations. None of them (including weaknesses in the data) accounts for their result. Rather, the explanation is to be found in the way the teacher labor market functions.

States that have attempted to recruit better teachers by raising pay have used a blunt instrument: across-the-board raises for all teachers, irrespective of merit. This has the predictable consequence that quit rates fall and jobs become more difficult to find, discouraging prospective teachers from pursuing that career. This effect is greatest for those with attractive options outside teaching, who have the most to lose if they forgo these opportunities to study education, then are unable to find a teaching job. By contrast, persons with no professional prospects outside education will be less deterred by a decline in teaching vacancies, since there will be little opportunity cost to meeting the requirements for a teaching license.

Recruitment of better teachers is further impeded by the fact that public schools show no preference for applicants who have strong academic records. Given public concern with teachers' weak academic backgrounds and poor performance on tests, it is surprising that applicants with strong academic records are not more successful in the job market. However, school systems regularly overlook these signals of ability when hiring new teachers. This is doubly unfortunate at a time when higher salaries have caused the number of vacancies to drop: Just as public schools would seem to have their pick of the crop, they fail to take advantage of the opportunity.

Which policies, then, might make a difference? School systems could differentiate salaries on the basis of performance (or measured competencies), encouraging better teachers without stimulating a general increase in teacher supply. Licensing requirements could be relaxed, particularly for individuals who demonstrate promise in other ways. Alternatively, standards for admission to teacher training or for a teaching certificate could be raised. Unfortunately, numerous attempts have already been made to effect most of these reforms- attempts which have usually been undermined by interest groups which benefit from current institutional arrangements. The basic problem: Producer interests have captured the regulatory apparatus by which states attempt to govern public education.

As a result, the authors see more promise in deregulating public education, relying instead on competition and consumer choice to improve performance. Examination of personnel practices in the private sector suggest that market-based reforms would improve the quality of the teaching work force. Private schools place more emphasis on academics and the recruitment of faculty who have strong academic records. They benefit significantly from the opportunity to hire promising teachers who lack licenses. Private schools and educational subcontractors who provide instructional services are also more likely to differentiate salaries on the basis of performance and to dismiss ineffective teachers. Personnel policies in public schools are thus a costly anomaly, not only in comparison to other professional markets, but to the rest of the education industry as well.