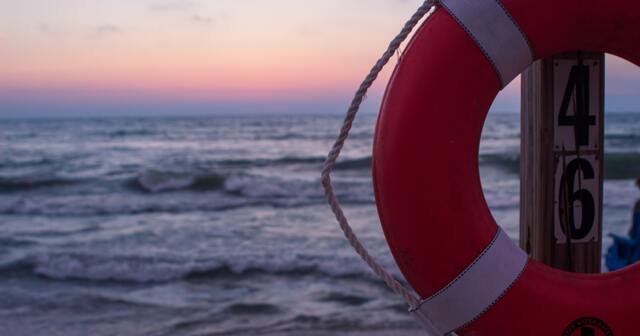 Some Perspective: Michigan is Stronger Today

It is not hard to look back and believe that the Great Lakes State is in a better, more resilient position today to weather an economic storm than at any time before.

We have today a more rational tax system and a more flexible labor climate than in recent years. Gov. Gretchen Whitmer has also recently made some temporary reforms changes we can’t help but applaud, and believe others may be offered up by the Legislature too.

Recall that Michigan businesses were once stymied by a burdensome and complex Single Business Tax. That was scrapped in favor of another burdensome and complex business tax called the Michigan Business Tax, which was imposed in early 2007. A 22% surcharge was piled on the new MBT in December of the same year, literally the same month America’s Great Recession began. It is hard not to think that this tax hike (and its continued complexity) helped spike Michigan’s unemployment rate to 14.6% by June 2009.

In 2011 the business tax and surcharge were scrapped in favor of a low, flat and transparent corporate income tax, and one with a rate of just 6%. That helped lower the overall tax burden on many businesses.

During the latter half of the 2000s, the Washington, D.C.-based Tax Foundation consistently ranked our business tax at or near the bottom of its annual State Business Tax Climate Index. The reforms brought in 2011 meant a leap upward, and today or corporate tax ranks 18th best in the nation.

Proposal 1 of 2014 relied on a vote of the people to minimize the damage caused by the inefficient personal property tax. The proposal created exemptions for the tax on businesses that owned less than $80,000 worth of equipment, as well as manufacturing equipment. There was also a phase-in for existing equipment. It was estimated at the time that — fully phased-in — the reduction in personal property taxes would amount to $500 million per year in net savings.

3. Our labor climate is more flexible and market friendly.

Adoption of right-to-work legislation gave the Great Lake State a terrific economic development tool. And the recent repeal of its prevailing wage law should help the state save money on valuable, publicly financed construction work. Our research shows that right-to-work laws boost personal income growth rates by 0.8% points over what they would have been absent the law. In other words, if personal income would have grown by 2% without such a law, it instead grows at 2.8%, or 40% faster. That’s a huge boon to people when they need to recover from either slow or sharp declines in state growth.

Repeal of prevailing wage laws means that government-financed construction projects need not pay higher than market wages, which should drive down the cost of building more and better state roads and bridges. Once the current virus scare passes and Michigan’s construction season reopens, it may be comforting to know we are likely stretching each dollar of construction work further.

This arena has also undergone reforms that will allow some professionals to operate with more flexibility in their chosen profession. There is a growing, bipartisan concern among policymakers that occupational licensing laws do more harm than good, especially to the economically disadvantaged. Gov. Whitmer is relaxing some of these mandates to help control the coronavirus during this state of emergency.

While the state was still only beginning its recovery from the Great Recession, Gov. Rick Snyder reined in corporate welfare, shuttering the expensive and failed Michigan Economic Growth Authority and ultimately the state’s film production incentive program, too. Since then, lawmakers have trimmed state budget appropriations for the agencies that oversee jobs programs. Funding for the state’s tourism promotion program has been cut from a previous year’s high of $36 million to just $16 million, which was secured only thanks to a supplemental appropriation. Lastly, the state let another subsidy program — misnamed “Good Jobs for Michigan” — lapse.

6. Detroit is no longer in bankruptcy proceedings or living under an emergency financial manager.

Michigan’s biggest city is no longer suffering through a painful financial remake and is unlikely to require another state-imposed one as a result of current events. That should be one less worry for our current governor and Legislature.

Gov. Whitmer has recently made some sound decisions regarding the coronavirus crisis and deserves credit for doing so. These will lead to quicker approval of Certificate of Need applications, which will help expand health services, and steps to increase the scope of practice permitted by particular health care workers. The opportunity for telemedicine to help in this crisis has also been expanded.

There is more that can be done (or not done) to help during the current crisis and its aftermath. The Mackinac Center has teamed up with friends at Michigan’s Freedom Fund and the Great Lakes Education Project to offer a list of state government do’s and don’ts to help lawmakers address the crisis and its aftermath. You can read that document here.

All the developments above represent just a few reasons to be optimistic. Not only is Michigan in a much better place to recover economically from our current setbacks, but steps are being taken to improve public health and economic opportunity going forward.