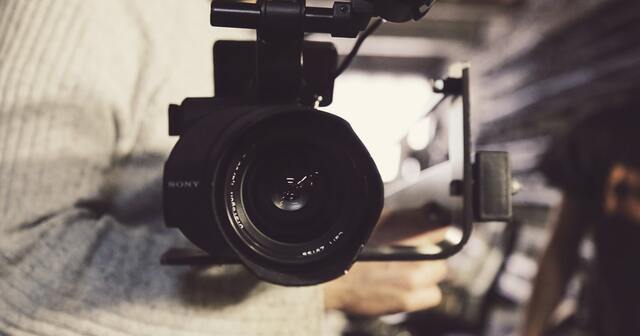 Incentives are a poor use of resources

A weekend column in the Detroit Free Press covered the efforts of the Michigan Film Industry Association to reinstitute taxpayer subsidies for movie and other productions. The state wasted more than $400 million before pulling the plug on the last film incentive. Most scholarly research finds state economic development — or, specifically, corporate and industrial welfare incentives — to be ineffective and often very expensive.

In April, the peer-reviewed Journal of Contemporary Economic Policy will publish a new study on film incentives by economics professor John Charles Bradbury of Kennesaw State University in Georgia. That study, titled, “Do Movie Production Incentives Generate Economic Development?,” looked at whether film tax credits had a positive effect on the economic well-being of states that used them from 2000 to 2015.

He finds that they do not. His research does “indicate that the film industry may be bolstered by movie production incentives, similar to other studies; however, any gains do not spillover into the overall economy.”

That the film industry may benefit from tax or subsidy advantages conferred upon it by state bureaucrats is no surprise. After all, if my neighbor’s wealth is forcibly transferred to me, I’d be better off too. But that doesn’t mean our community’s economic well-being would improve on net balance. Yet people in the film industry promote their subsidies based on a similar logic.

“Films and those behind them buy locally to support a broad range of needs from lumber yards to build sets, to hotels and rental cars,” Michael Anderson told the Detroit Free Press. Anderson, a stagehand and vice chair of the film association, continued. “They can buy locally for props and set dressings. Crews are fed from the local grocery stores. Restaurants and bars benefit.” That may be true, but with state-subsidized film productions, there is a cost side of the equation that must be borne by others too, and the employment and net effect may not be positive.

Professor Bradbury’s review of existing literature on film incentives is a damning indictment of such programs. He cites a 2018 study that “finds incentives to be associated with little to no increase in film industry employment …” (though perhaps a temporary wage boost); a 2017 study found some employment growth in California and New York, but “there was no discernable increase in aggregate employment across states.” Another study found that “for 2013 … the return on investment from every state movie production incentive program was negative, with average return per dollar of tax credit issued being 27 cents.”

The policy conclusions drawn in this paper and other research are unambiguous, in the author’s view. “In total,” he writes, “the findings do not support the economic development justification often used to promote state subsidies to the film industry.” He warns that states expend considerable resources in the hope of encouraging growth through this program. He cites Georgia, specifically, which is often held up as an example of success, such as in last weekend’s Free Press column.

Bradbury notes that in 2018, Georgia approved some $800 million tax credits for film production — equal to 3% of the state’s own-source budget revenues. He concludes:

If the incentives do not have the intended development effects on the industry or wider economy, then film incentives represent a policy that has been widely defused in spite of evidence that film subsidies are a poor use of resources.

Indeed, film and other incentives are a poor use of resources, particularly when you consider the opportunity costs involved. There is simply no reason to reinstitute an ineffective and costly tax credit or subsidy program when there is so much other vital work to be done. The money would be better spent repairing Michigan roads and bridges than offering yet another subsidy sop to yet another private, for-profit industry.