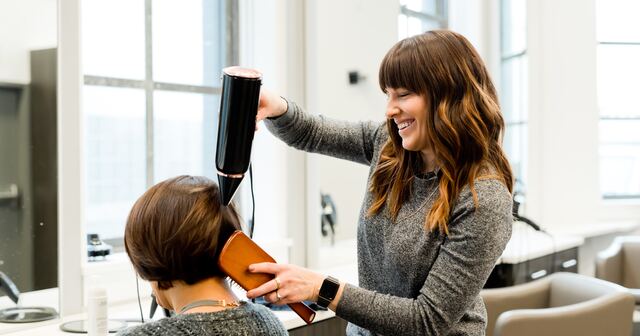 Regulatory Reforms On the Move in Michigan

Counselors, insurance agents, cosmetologists and athletic trainers are all set to more freely practice their jobs under bills recently passed or expected to move soon in Michigan. These are all good steps toward reducing unnecessary regulation, but they also show the need for more comprehensive licensing changes.

Counselors: A new rule interpretation from the state meant that up to 10,000 current counselors would have been in violation of the law — putting them out of business or requiring them to meet time-consuming and expensive new licensing requirements. House Bill 4325, sponsored by Rep. Aaron Miller, R-Sturgis, modified the scope-of-practice requirement, limiting the training and degrees mandated for someone doing this work.

Insurance agents: House Bill 4044, sponsored by Rep. Michele Hoitenga, R-Manton, passed the House and Senate nearly unanimously and was signed into law by Lt. Gov. Garlin Gilchrist (the acting governor while Gov. Gretchen Whitmer was on an overseas trip). The bill repeals a requirement that the state automatically deny a license to sell insurance to anyone with a felony record. This gives the director of the Department of Insurance and Financial Services the flexibility to allow people with nonviolent, nonfinancial crimes to get a license.

Cosmetologists: Under current law, hairdressers and stylists must work in a dedicated facility. Traveling to a nursing home, house or church to cut or style the hair of a senior or someone participating in a prom or wedding is against the law. Senate Bill 434, sponsored by Sen. Aric Nesbitt, R-Lawton, would allow “mobile salons” and for cosmetologists to provide services for special events outside of a dedicated facility. Also, the bill would grant reciprocity to cosmetologists from other states with similar licensing requirements. The bill passed the Senate unanimously and is expected to move through the House.

Athletic trainers: In Michigan, emergency medical technicians need 194 hours of training to qualify for a license, while athletic trainers must complete four years of training and pass multiple tests. Athletic trainers also need to complete 25 hours of continuing education requirements annually. Senate Bill 184, sponsored by Sen. Curt VanderWall, R-Ludington, would eliminate that last mandate and allow state bureaucrats to determine how much continuing education should be required. The bill passed the Senate unanimously and is expected to move through the House.

These bills are steps in the right direction. The regulations they change have not been shown to protect public health and safety; in fact, they likely harm consumers by needlessly limiting competition and raising the cost of providing these services. They have also meant lost opportunities for work and income for those wanting to work in these fields but, for one reason or another, have trouble meeting these mandates.

There is still a need for more licensing reforms. There are around 200 licensed professions in Michigan, and the state automatically bans or limits people with criminal records from most state licenses. A package of bills would prevent the state from automatically denying a license on the grounds of past criminal behavior unless it was directly related to the criminal act. The bills currently sit in the state House.

Another proposed law, Senate Bill 40, would require a review process for Michigan’s licensing laws — evaluating them on whether the regulations are protecting the public or merely protecting practitioners from competition.

Piecemeal changes are progress, but if Michigan wants to be a leader in licensing reform — which means being a leader in providing opportunities for people to work — it needs much comprehensive reform.