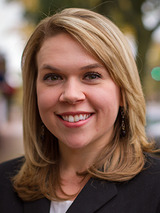 Chantal Lovell was a media relations manager at the Mackinac Center for Public Policy.

She joined the Mackinac Center in October 2015. Immediately before joining the Center, she was the communications director at the Nevada Policy Research Institute in Las Vegas.

Before beginning her career in the liberty movement, she was a journalist in Redlands, California and the Napa Valley, where she received awards from the California Newspaper Publishers Association for investigative reporting, economic reporting and features writing.

In 2014, Lovell won the inaugural Great Communicators Tournament at the State Policy Network’s Annual Meeting for a speech she gave regarding the immorality of Medicaid expansion.

Mackinac in the News

Allow Michigan Legislators to Vote from Home Districts, Not Just at Capitol Building

From the Model T to Driverless Cars: How Michigan Can Lead in Transportation Innovation