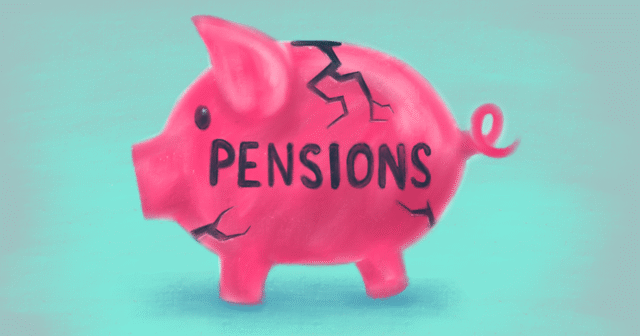 If the problem had been fixed earlier, schools could have had nearly $1,700 more per student

James Hohman, assistant director of fiscal policy at the Center, said bills introduced in the Michigan Senate and House — which would offer future school employees only 401(k)-style retirement plans — would benefit students, teachers and taxpayers. The proposal would protect the pension benefits earned by current school employees and retirees already part of the Michigan Public School Employees Retirement System.

“The mismanaged teacher pension system is the largest single cause of financial stress for Michigan’s public schools,” Hohman said. “If we had fixed MPSERS when we should have, we could have more than $1,600 per student in our public schools this year rather than going to pay off debt.”

Today, the state and local districts spend 37 percent of payroll on pensions, a number that has gone up from 12 percent in 2002. Of that money, 89 percent goes to pay down the unfunded liabilities created by decades of pension system mismanagement, and only 11 percent is used to fund the benefits that current employees will someday receive.

“Each year, more and more education funding is held hostage by our broken pension system, so I’m glad to see a group of legislators is willing to do the hard work now to ensure school funding gets where it’s intended,” Hohman said. “It’s unfair for politicians to make promises to teachers and send future taxpayers the bill, and it’s wrong that funding intended to enrich today’s students is consumed by this out-of-control pension system.”

The Michigan Constitution requires that governments set aside money to pay for pension benefits when they are earned by the employee. The reason is that doing so will prevent the cost of current services from being passed on to future taxpayers and ensure enough money is available when retirees need it. Unfortunately bureaucrats in the state Office of Retirement Services have racked up $29 billion in debt despite these protections, whether by making consistently inaccurate assumptions or through a variety of other poor accounting and record-keeping practices.

Hohman said the proposal now being debated in Lansing would protect the retirements of current teachers, give tomorrow’s school employees more control over their own financial futures and eventually return billions of dollars to other educational uses.

“This is a proposal everyone, regardless of their political or ideological inclinations, should support,” Hohman said. “The only way to ensure teachers receive what they’re promised and that today’s students receive the funding taxpayers expect is to pay down what we already owe and promise newly hired teachers sustainable and competitive retirement packages.”

Editor's Note: This press release has been changed to reflect that pension debt amounts to nearly $1,700 per student, not $1,600.