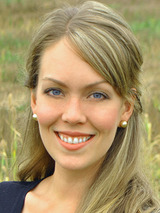 Kahryn A. Riley managed the Mackinac Center for Public Policy's criminal justice reform initiative from 2016 to 2019. A Michigan native, she studied in the honors programs at Hillsdale College and Regent University School of Law. She holds a BA in politics and a JD, and is admitted to the Michigan State Bar.

Riley launched the Center's criminal justice reform initiative in 2016, and published regularly on issues pertaining to the state penal code, law enforcement, the corrections system and other matters of public safety and civil rights. Her work has appeared in publications including the Detroit News, the Lansing State Journal, The Hill and USA Today, and she is a sought-after speaker for criminal justice reform events and legislative briefings hosted by advocacy organizations from across the political spectrum. Her primer on the state criminal justice system is a unique resource that provides a comprehensive overview of how Michigan addresses crime and public safety.

Riley was also a Visiting Fellow in criminal justice policy at the Badger Institute in Wisconsin, where she supported the Institute’s corrections reform effort. She has previously worked for the Foundation for Economic Education in Irvington, New York, FreedomWorks in Washington DC and the Office of the Public Defender in Norfolk, VA.

Criminal Justice Reforms are Next Big Measure of State Success

After Years of Dedicated Effort, Forfeiture Reform is in Sight

State of the System

The Free-Market Case for a Clean Slate

Justice in a Free Society

Red or Blue, Criminal Justice Still Gets a Green Light