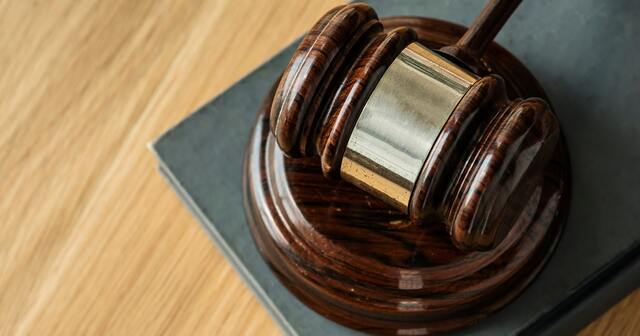 State of the System

Criminal justice reforms should be made a priority

In her first State of the State address Tuesday, Gov. Gretchen Whitmer made no mention of the state’s criminal justice system. With millions of Michiganders potentially affected by the system, there’s much to be said about it, and why criminal justice reform should be high on the list of state priorities.

The foundation of all criminal justice administration is criminal law. Legislators enact criminal statutes to deter and punish certain behaviors and direct police and judges on who to arrest, convict and incarcerate. Michigan has more than 3,100 crimes on its books. That’s eight times as many as recommended by the American Law Institute’s Model Penal Code. There are so many crimes scattered throughout state statutes and administrative rules that it’s impossible to know everything for which one could become criminally liable. Moreover, lawmakers are continually adding new crimes — about 45 per year, on average — while administrative agencies issue hundreds of thousands of regulations that can also be enforced, adjudicated and sanctioned just like crimes.

We’ve written about some of the sillier ones, like overly broad bans on tobacco use, ballot selfies and warming up your car. But the fact remains that many well-meaning Michiganders probably commit felonies regularly without ever realizing it. This is a textbook example of government overreach that ought to be reined in for the sake of individual liberty and respect for law. Overhauling the state’s expansive, duplicative and outdated criminal law would entail a relatively small financial investment and provide a significant, lasting return.

It might also help reduce the burden on Michigan law enforcement, freeing police to focus on the most serious crimes. Although crime rates are near historic lows, we still require layers of law enforcement at the federal, state, county and municipal levels to keep our communities safe and orderly. Our state crime lab is backlogged, and many jurisdictions are struggling to meet the complex challenges posed by the opioid crisis.

Despite these problems, police departments across the state have been implementing positive new community policing practices like foot patrols and de-escalation training to help build trust and develop healthy relationships with local residents. The state has dedicated additional troopers to high-crime areas, and the Legislature is on the cusp of passing important civil asset forfeiture reform that will ensure that property rights are protected when police launch an investigation.

Such positive developments also extend to our state court system, which hosts more than 180 problem-solving courts dedicated to handling specific challenges, such as mental illness, alcoholism, or veterans’ issues. In these courts, forward-thinking judges aim to solve the problems’ underlying a person’s criminality, realizing that many individuals are trapped in a cycle of offending and reoffending, with their chance at escape requiring access to appropriate social resources.

On the other hand, courts in Michigan often inflict a lengthy cycle of debt on those they’re supposed to adjudicate, imposing a plethora of fees in an attempt to recoup their costs and even generate revenue for cash-hungry counties. These fees vary by jurisdiction but usually aren’t tied to the actual resources required by each case, which raises big questions about due process and judicial neutrality. The questions have given rise to two state Supreme Court cases — one currently pending — and prompted Gov. Rick Snyder to establish a Trial Court Funding Commission to study the issue. The current scheme is no good for defendants or courts. Defendants may end up paying much more than a statutory penal fine requires, while courts struggle to collect even half of what they impose on often-indigent defendants. Our judiciary must seriously reconsider the relationship between money and justice in our courts.

Money is also an important consideration when it comes to incarceration. This extraordinarily expensive endeavor requires about 20 percent of the state’s general fund budget — $2 billion — to operate about 30 prisons which house just under 40,000 inmates. Meanwhile, counties spend as much as $100 per day for each inmate in their jails (the statewide jail population hovers around 16,000). This investment is surely worthwhile for those who truly need to be there, but it’s worth adding that the average inmate’s stay in a Michigan prison is over four years. That’s greater than the average stay in any other state in the Great Lakes region and 17 months longer than the national average. This is important in light of research suggesting that longer sentences aren’t necessarily making us safer.

The recidivism rate has reportedly fallen below 30 percent in the last year, which the Michigan Department of Correction says is evidence that its rehabilitation and vocational programs work. Michigan is expanding its innovative in-prison trade schools to prepare offenders to re-enter the workforce. But barriers posed by restrictive occupational licensing schemes and the stigma of a criminal record may hamper efforts by offenders to find work with employers who are desperate to close the state’s talent gap. That’s why it is important to ensure that returning citizens who can be safely employed have every opportunity to do so. The Legislature must continue efforts to revisit needless occupational licensing requirements and should automate existing methods for sealing certain minor criminal records after many years.

Gov. Whitmer’s address left many viewers asking, “But how will we pay for that?” Here too, criminal justice reforms should play a part. Lawmakers could shift some justice system funding around without compromising public safety. Indeed, some of the changes proposed here could enhance public safety dramatically, saving us both heartache and the massive costs of crime. These reforms would make Michigan safer for the general public. They would also mean a criminal justice system that is more effective and fair to offenders and former offenders trying to get their lives back on track. The reforms would have positive economic spinoff benefits as well. Policymakers would be remiss to overlook these opportunities.