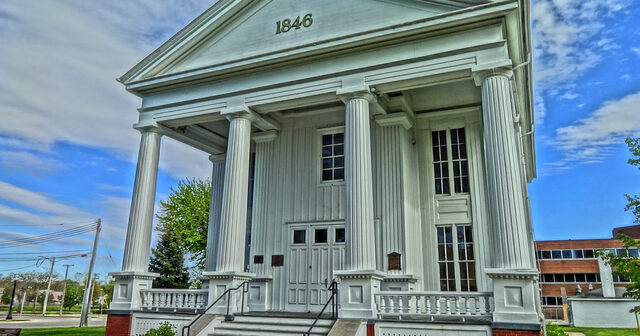 It’s past time for Michigan to pass some legislation to address the problem of funding its county courts. If lawmakers do nothing, counties will have to scramble to come up with hundreds of thousands of dollars to keep their local courthouses open.

Michigan’s county courts recoup their operating expenses by passing their expenses on to convicted criminal defendants in a user fee model. This model is problematic because it’s a poor business practice (courts recoup only a fraction of what they charge) that is also probably unconstitutional. Moreover, it’s about to get thrown out, because the statute that authorizes courts to fund themselves this way will expire in 2020. Without something else to replace it, counties will have to find a way to meet the considerable expense of operating the courts – or risk being subjected to lawsuits.

Depending on User Fees: A Failed Business Model

The Legislature created the Trial Court Funding Commission to study alternatives to the current funding scheme, but the progress to date on this problem has not been encouraging. Namely, the statute authorizing the funding model was slated to expire in 2017 and, rather than replace our current broken court funding scheme with something more sustainable, lawmakers simply gave the law a three-year extension. More than two years in, we’re no closer to solving the problem.

This is a big deal because the Michigan Supreme Court has already said that trial courts do not have the authority to fund themselves through imposing fees on defendants. In response, lawmakers hurriedly passed a temporary measure to nullify the high court’s ruling and keep county courts running, but the funding structure has been called into question before the high court once again, and Michigan is not prepared to respond to another unfavorable ruling.

While the state pays judges’ salaries, the day-to-day court operations are funded by county governments, which are – for now – allowed to prorate these costs and pass them on to people convicted of felonies. If criminal defendants are tried but found innocent, courts recoup nothing – creating a perverse incentive for judges to convict and an uncertain revenue stream for counties.

Because criminal defendants are frequently indigent, courts actually bring in only a fraction of what they are authorized to charge offenders.

There’s a few ways this could end. The clock might run out on the statute authorizing the current funding mechanism, and we will either replace it with a more sustainable and equitable system, or it will get strung out for another three or more years. Or – and this is where things could get messy – the state Supreme Court might rule the whole scheme unconstitutional, in which case the counties who are caught unawares by the decision will be left scrambling and likely vulnerable to additional litigation.

The clear solution is to end courts’ reliance on guilty verdicts to keep their doors open. County and state officials must work together to channel a reliable stream of tax revenue to the courts, which, after all, are a core function of government and benefit all of us. There simply is no time to lose. Whether by sunset or Supreme Court opinion, the current stream of court funding will soon be cut off, and we have no option but to be ready.