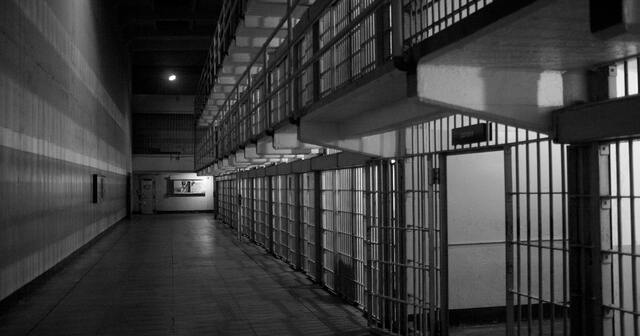 The Free-Market Case for a Clean Slate

Editor's note: This article originally appeared in The Hill on January 18, 2019.

It’s said that the punishment ought to fit the crime, but that adage is coming undone now that having a criminal record has become a lifelong sentence for millions of Americans. One reason: Technology has made it easier than ever to access public records. As a result, individuals whose crimes were minor, are decades old, or both, nevertheless face a stigma that could harm their employment and education prospects until they die. This is bad for public safety and for the workforce, but a simple policy change could correct the problem.

Clean-slate laws aim to clear one or more items from the criminal history of former offenders who have earned that opportunity after years of law-abiding living. Many states’ laws contain provisions that allow eligible individuals (i.e., those whose crimes were minor and who have been law-abiding for many years) to apply for this privilege. But these laws require applicants to navigate the complexities of the legal system with the help of a lawyer. States add to the challenge by charging steep administrative fees, which they sometimes raise to generate more revenue.

The solution is to automatically seal the relevant records as soon as former offenders have met their state’s record-clearing law, at no cost to them. This simple change promises significant benefits. First, it eliminates the gap between eligible individuals with the time and means to navigate the legal system and those without.

Second, it could mean a massive boom for the workforce. Studies conducted in Michigan and California indicate that record-sealing was associated with “a significant increase in employment and average wages” and a low recidivism rate. Yet few former offenders who have earned a second chance are able to access it. In Michigan, more than 95 percent of eligible individuals did not manage to clear their records within 5 years of meeting the requirements to do so. Automating the process could give people access to a better job, which could reduce recidivism, strengthen families and boost the economy.

Finally, clean-slate legislation bolsters public safety coming and going. Initially, it gives individuals incentives to abide by the law so they may become eligible for record-clearing. Later, that second chance may generate better employment opportunities that make it easier to remain law-abiding.

While some may object that criminal records are public for a reason, it’s important to remember that the priority of clean-slate legislation is simply to ensure that people who have earned the legal privilege of record-clearing can use it. Putting former offenders in the best possible position to obtain housing, employment and education is good for public safety and great for states struggling to fill talent gaps in their workforce.

For all these reasons, the policy enjoys broad bipartisan support. Late last year, 25 groups from across the political spectrum announced their support for a nationwide campaign to enact clean slate in as many states as possible. The coalition includes the Chan Zuckerberg Initiative (the charitable organization founded by Facebook’s Mark Zuckerberg and his wife Priscilla Chan), Koch Industries, the Center for American Progress and more.

States looking to enact clean-slate legislation can look to Pennsylvania, where the state’s General Assembly recently passed a version of this measure nearly unanimously. Digital court records made it easy for anyone to retrieve individual criminal histories, and the expungement process made it difficult for deserving former offenders to have their records sealed. The primary beneficiaries of clean-slate laws, advocates say, are employees with minor, nonviolent convictions from 20 or 30 years ago who can’t pass a background check to this day.

If an offense is eligible to be sealed and law enforcement signs off, it will become accessible only by police and court personnel, and employers required by federal law to consider those records. The offender no longer will be required to disclose it to members of the general public.

The change merely means that a former offender no longer has to obtain the privilege in court with the help of an attorney; it will, instead, come automatically to former offenders who meet the standards specified in law.

It’s estimated that as many as 1 in 3 Americans has some kind of criminal record. Clean-slate legislation offers the opportunity to uphold the spirit of the law by ensuring that a minor conviction isn’t a lifelong sentence, and that record-clearing is available to anyone who has earned it, rich or poor. It is a practical measure that will help well-meaning Americans get back to work, where they can help contribute to the safety and prosperity of our entire nation.