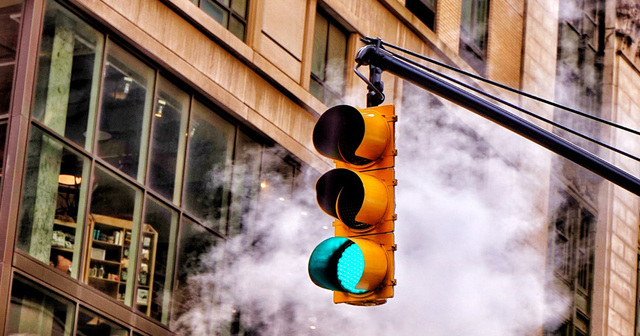 Red or Blue, Criminal Justice Still Gets a Green Light

The surprise outcome of the last presidential election threw considerable uncertainty upon this year’s midterm elections. But, both in Michigan and across the nation, advocates of criminal justice reform remain confident that next year will bring progress regardless of the party in power.

Although the principles of sound criminal justice policy — respect public safety, due process, individual liberty and smart public spending — appeal to both sides of the political spectrum, this issue has historically been one carried by Democrats and liberals. But its adoption by Republicans and advocates for limited government means that it is also more durable than issues favored by only one side of the political spectrum. That’s great news for Michigan.

The administration of criminal justice is a core function of government, and its outcomes affect all of us.

Our state has had a fair share of success reforming criminal justice already. In 2014, then-Rep. Joe Haveman introduced a legislative proposal that lead to a wide-ranging, bipartisan package of 17 bills aimed at reducing recidivism by 2017. Meanwhile, the Michigan Department of Corrections garnered national attention for its innovative Vocational Villages. These in-prison vocational training academies help offenders develop skills so that they have a better chance of landing steady employment after serving their sentences. And Michigan trial courts are running approximately 180 “problem-solving courts,” which specialize in issues like mental health, alcoholism and drug addiction, and help offenders get to the root of their criminal behavior.

But there is still a long list of problems requiring smart reform, so the new Legislature will have much to accomplish. In Michigan, that list includes giving our state’s 17-year-olds access to the juvenile justice system, modifying cash bail, and shifting more state and local resources to trial courts so that court funding no longer relies on getting convictions and collecting from often-indigent defendants.