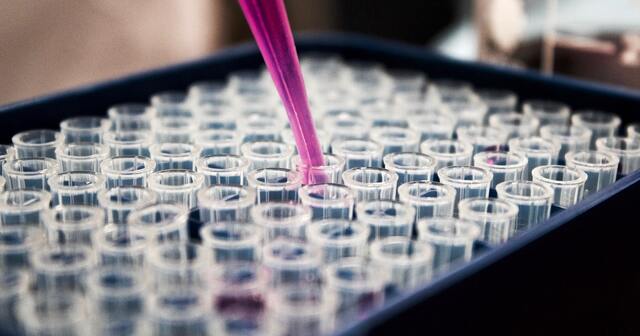 How a forensic science commission would help protect citizens

Michigan lawmakers are expected to hear testimony soon on an important bill designed to ensure that no more innocent Michiganders are wrongfully convicted and imprisoned on the basis of bad forensic evidence. This bill would be a solid step providing oversight, protecting people who may be innocent from bad science and helping taxpayers who are on the hook when prosecutions go badly.

In January 2018, the Mackinac Center hosted an Issues & Ideas Forum on the topic of forensic evidence. Speakers from the Innocence Project and the Reason Foundation explained how best practices in the use of physical and biological evidence are continually evolving, and it’s almost never as clear-cut as depicted in movies and television. While only a fraction of criminal cases hinge on forensic evidence, an unacceptably high number of those cases get it wrong, either through human error, misleading testimony, an invalid or unreliable scientific method, or misconduct. There have been 17 exonerations in Michigan and 353 nationwide; in these cases, someone had been convicted on the basis of bad forensic evidence, the speakers added.

A third speaker told a more personal story. Julie Baumer spent four years behind bars after being wrongfully convicted of shaking her baby nephew, who actually had an obscure medical condition. Had there been a forensic science commission to review the evidence in her case, she said, she would not have been convicted. And, while she is entitled to some compensation from the state, Julie explained that no amount of money could return those lost years of her life, nor ease the burden of having to rebuild her emotional health and relationships after such a blow. She had been planning to adopt her nephew, but after she lost her freedom, he was adopted by another family and she never saw him again.

Stories like Julie’s demonstrate why it is critical to ensure that we hold our government accountable. It’s necessary and proper for the government to enforce laws and dispense justice, but the power to do so also poses great risk to our individual life, liberty and property rights. We need only look to the infamous Detroit Crime Lab to understand that it is not enough to delegate powers and responsibilities to the government without also requiring it to wield them effectively and fulfill them reliably.

In 2008, an audit of the Detroit Crime Lab revealed a backlog of over 11,000 untested rape kits. When tested, the kits identified 817 rapists, many of them serial rapists, who had gone undetected. While it cost the state more than $13 million to process the kits, the ultimate harm done to victims, families and communities by the delay is unquantifiable.

Here again, an oversight body might have averted the opportunity for hundreds of violent criminals to escape prosecution. The problems at the DCL were chalked up to a lack of resources – something that a commission could have identified and resolved before it became a crisis.

The commission contemplated by the legislation would be made up of scientists, crime lab techs, attorneys, and judges. It would study crime labs in the state, review the evolution in forensic science, and issue public reports that make recommendations for changes in policy or scientific methods. It would have the ability to investigate complaints or concerns with lab activity and help increase efficiency and prevent backlogs. Seventeen other states and the District of Columbia maintain such commissions, which are recommended by the National Academy of Sciences.

The push to implement this commission has been met with concerns that it would create a bureaucratic expansion that would create inefficiencies at labs, and that it is unnecessary in any case since crime labs are accredited by national accrediting bodies. But the commission would not interfere in the daily operations of the labs. It would, furthermore, not be able to issue rules, but only reports and recommendations to the lab, lawmakers or the relevant government agency. When Houston, Texas, introduced a similar commission, it reduced costs by 40 percent, backlogs by 66 percent and total turnaround time by 76 percent.

It’s also worth remembering that a one-time receipt of accreditation doesn’t guarantee day-to-day compliance. Accreditation simply means that a lab promises to implement practices approved by national accrediting bodies – but those bodies only check up on the labs every couple of years. The Detroit Crime Lab had been accredited; it simply did not comply with the required standards. Other Michigan labs have been reaccredited despite demonstrated deficiencies in their practices. Some have had to request multiple extensions of old accreditations because they had trouble bringing their standards up to meet new requirements, and nearly lost their accreditation entirely.

Most citizens take it on faith that the criminal justice system is staffed by impartial experts relying on sound evidence and testimony. But when that system fails to identify violent criminals and strips innocent people of their life, liberty and property, when it has in fact become a notorious example of what not to do, our representatives and officials shouldn’t double down on rhetoric about trusting the experts and the process. They ought to accept help selecting best practices and keeping up with changes in science. They ought to respect citizens’ rights to know how evidence against them or against those who harmed them is being processed and presented in court. They ought to welcome additional support with resource allocation and quality control. When it comes to those who are sworn to protect and to serve, the only appropriate response to such a proposal is, “If this will help us serve and protect you better, we will do it.”