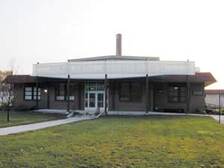 Westwood Community School District- which covers parts of Inkster, Dearborn Heights, and Dearborn- has not remained competitive with neighboring districts. Since 1996, over 150 students have left Westwood for other schools.

The lawsuit claims that 98 percent of those who have left Westwood are white, upsetting the 2,200-student district's 50-50 balance of white and black students. In four years, the district's balance has become 58 percent black and 42 percent white plus other ethnic groups, Daniel Ferrera, the school district's attorney, told The Detroit News. But not everyone agrees that school choice is the problem.

"The district has this exactly backwards," says Joseph Overton, senior vice president of the Mackinac Center for Public Policy. "What encourages racial polarization by neighborhood is when parents can only send their children to the neighborhood public school. If parents become dissatisfied with that school, their only choices are to live with it, or, if they have the financial means to do so, move to a neighborhood with better schools. This is a huge reason behind the segregation of so many of America's neighborhoods, since minority families are often on the lower end of the economic scale and can't move. The children in these families are left behind in poor schools. In the schools-of-choice program, parents can continue to live in a district, even though their children may attend school elsewhere. This means they don't have to move. If we erect barriers that prevent parental choice, parents will continue to move out of the district, leaving both the schools and the community more segregated."

In an Oct. 20 letter to Westwood officials, the nonprofit Mackinac Center offered to manage the district and stop the exodus of students by improving the quality of education. The letter, drafted by Overton, suggested that instead of using the force of law to retain children and families, the district should survey parents to find out why they are putting their children in other schools. Then the district should take steps to improve the quality of education in the Westwood schools.

"Although no one can deny that racism exists, we believe the most frequent reason parents choose other educational opportunities is not race but education quality," Overton wrote.

"This public school district needs an attitude change," says Overton. "Instead of viewing choice as the problem, administrators need to view parents and teachers as customers. The focus should be on improving the schools to earn parental support, not erecting a political razor-wire fence to stop children from escaping."

An Oct. 29 Detroit News editorial urged Westwood officials to meet with the Mackinac Center. Westwood School Board President Sandra Rich replied that the board would "certainly have a discussion over this" and added that the district is "always looking for ways to improve." The editorial did not state what the district is doing to determine why students had left or what might convince them to return.

Although the Westwood District acknowledged receipt of the Mackinac Center's letter, it to date has not sought the nonprofit organization's assistance.