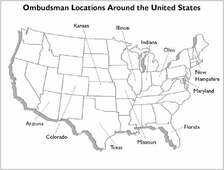 James Boyle wanted to help educate troubled students who were struggling in the traditional classroom setting. So when a Chicago-area high school asked the former public school teacher and principal to set up a program that would deal with the high number of expulsions the district was experiencing, Boyle jumped at the chance.

Over 25 years later, Boyle's modest beginning with 25 students in a refurbished gas station has blossomed into Ombudsman Educational Services, one of the nation's largest private providers of alternative education under contract with public schools. Ombudsman now serves over 5,000 students annually in over 70 centers throughout the United States.

Boyle realized in 1975, when he co—founded Ombudsman with fellow teacher Lori Sweeney, that traditional education was not working for many students. He and his colleagues sought a way to provide alternative education to those who had either dropped out of school or were at risk of dropping out or being expelled. His first class of students had flunked eighth grade, but had been promoted to high school anyway.

"For them, traditional education made no sense," Boyle explains. "A student should not be taking algebra unless he has demonstrated a mastery of arithmetic concepts. We set out to put mastery ahead of advancement. It worked with that first class of 25 students and we've kept our focus ever since."

Once word got around that Ombudsman was "turning drop-outs into graduates," other school districts began referring students to the program. Within three years, Ombudsman had five centers serving over 20 districts. Ombudsman does not advertise, but, to this day, its programs continue to attract more students and more school districts looking for a solution, or alternative, for students who are not served by traditional schooling.

Ombudsman averages an 85-percent student retention rate. The program seeks to increase student achievement enough to enable students to return to their traditional school prepared to graduate, or graduate directly from Ombudsman. The approach involves self-paced instruction with low pupil-teacher ratios. Students attend the program for three (sometimes four, depending on the site) hours a day, five days a week, and work at their own pace with computer-based instruction in basic skills.

Says one Ombudsman student about the program, "I learned more in these four hours than I learned in a week at my old school. You learn about three or four subjects a day and spend about 45 minutes on each subject, so it's like a classroom . . . . By the end of the day, you're tired."

Another student notes, "They do tests so you start with what you don't know and you don't redo the things you already know. You don't get bored. You go at your own pace."

Ombudsman's per-pupil costs are low, about half the cost of educating a student in a regular public school. The teachers are state-certified and most programs are accredited by the North Central Association.

Robert Hansen, assistant superintendent of an Illinois school district that contracts with Ombudsman, explained, "Ombudsman has provided an alternative education for many students in District 300. This alternative has provided them an opportunity to receive their diploma when they felt it was an impossible achievement."