'I Don’t Know My Country Anymore' 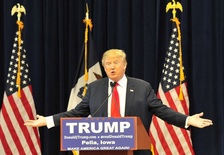 A sort of bewildered malaise has settled over some parts of the free-market movement. It’s the kind of thing that certain types of optimists would like to ignore, but realists treat it much differently. They lean in to learn what is happening, why, and what to do about it.

Its proximate cause is the Republican presidential nomination of Donald Trump, but it may have emerged after the 2012 national election. President Obama’s re-election disappointed many Mackinac Center supporters because it meant collectivist policies would continue to enjoy Oval Office support. But some of our friends articulated unease beyond displeasure with policy.

To combine and compress comments from several of them, they reacted to popular support of Mr. Obama’s failed policies and divisive rhetoric by saying, “I’m not sure I understand my country anymore.”

That’s a worrisome sentiment, to which they might now add, “I’m not sure I understand the GOP anymore,” now that it appears to have nominated Mr. Trump. Libertarians in our movement may not have considered themselves GOP faithful but few of them wanted the most viable presidential choices boiled down to Hillary Clinton and Mr. Trump, two candidates who cannot be counted on to reliably support freedom and free markets, to say the least.

We don’t yet know why we have arrived at this point. Many commentators, including very learned and respected ones, claim to know, but they agree on little. I do believe the answer to “why” will eventually be found in a combination of factors, none by themselves determinative. They include the mechanics of the nomination process, the power of ideas to shape the Overton Window of political possibility, the secondary and tertiary effects of both failed and successful policies, social movement dynamics, and, perhaps least appreciated, the psychology of a dissatisfied electorate.

I won’t make any public predictions about Mr. Trump. None of my private ones have been correct, anyway. He’s a policy cipher, which may be generous because it implies there is some coherent, guiding, policy logic in there somewhere, if only we can find it.

But I will offer something you can count on. This is a great moment for the Mackinac Center’s mission. By design we are not tied to any political personality or party. We stay true to principle in good political times and bad. Free-market ideas are never out of season, even if they fall out of fashion for a time.

Furthermore, our greatest point of leverage is at the state level, which is just about the only place free-market policies are advancing. We’ve chosen to work where your support translates directly into real impact that helps people in their daily lives, not to beat our heads against a federal castle wall or wait for a White Knight to win the highest office in the land.

I’m reminded of another unconventional politician who was also something of a policy cipher. He won out in a crowded primary field with only 36 percent of the vote, prompting unease among movement faithful. But we found a way to put good ideas in front of eventual Gov. Rick Snyder, who enacted a series of successful tax, regulatory and labor reforms that culminated in what many had deemed impossible — making Michigan a right-to-work state.

Let’s lean in, learn what we can, do what we must and never give up.