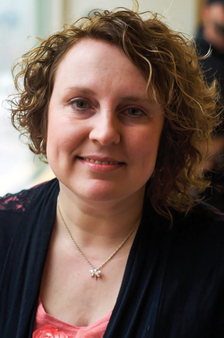 Rebecca: Drives for Uber in Grand Rapids “[Getting a chauffeur’s license] to me is all about the state trying to get more money. It’s not really about anything that is going to help the passenger’s safety.”

How many people can say they’ve had a truly enjoyable experience in a taxi? Fortunately, alternatives are slowly making their way into Michigan. Uber and Lyft are two companies that offer smartphone apps from which users can hail rides. The systems are easy to use — all payments happen electronically — and have provided an excellent alternative for plenty of people who would never think to call a taxi.

Unfortunately, these services face uncertainty in Michigan. While Uber and Lyft have strict standards for operating and inspecting vehicles, providing insurance and conducting background checks on drivers, there isn’t an overarching state regulatory structure to cover them. Most Michigan cities have welcomed Uber and Lyft drivers, but some, like Ann Arbor, have ticketed drivers for not being properly licensed. This has a chilling effect and harms both drivers and passengers. 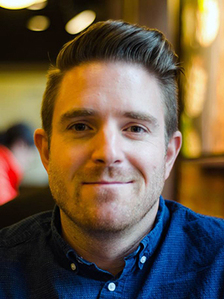 Tim: Drives for Uber and Lyft in Ann Arbor and Detroit “Ann Arbor Police have been the strictest jurisdiction in Michigan when it comes to Uber or Lyft. . . . They’ve been writing tickets for operating a taxi cab without a license."
More images …

We went around the state to talk to Michiganders who drive for Uber and Lyft. Their stories are inspiring: a father of four who saved his house from foreclosure with the money he earned driving, or a Senegalese immigrant who credits ridesharing with allowing him to interact with his community in Grand Rapids for the first time. This easy, flexible source of income gave multiple drivers we spoke to the security and confidence to follow their dreams by starting their own businesses.

And as for the passengers? “We clean the city,” one driver said. Another told me she had heard that DUIs had dropped in Grand Rapids since Uber started operating there. But the service isn’t just for partiers. A driver in Ann Arbor told me about one of his frequent customers: a woman who found that taking a ridesharing service to work was far cheaper than payments, gas and insurance for her car, so she sold it.

A number of solutions to the gray areas surrounding ridesharing have been introduced in the Michigan Legislature. For more information on those bills, and to learn more about the positive impact of ridesharing, visit www.mackinac.org/ridesharing.